You are here: Home / All Aboard! / #RoamancingSF Part I – An Intimate Session with City and Colour

When I first set off for San Francisco last Thursday, I did not expect to be spending my Saturday morning in a San Francisco park, sitting on a hill, listening to Dallas Green perform City and Colour songs two feet away from me. But that’s exactly what I found myself doing, thanks to fate – and Twitter.

City and Colour is a Canadian band which began as a solo project by Dallas Green. I first heard them back in 2005 when the first single, Save Your Scissors, was released. I remember being up late (on a school night, no less) and seeing the music video on MuchMusic. I’ve been a fan ever since, seeing City and Colour live in Vancouver in 2008 and earlier this year in January. As my favourite band, I was extremely excited to see them for a third time this weekend at Outside Lands. Little did I know, that moment would come a little sooner than anticipated.

On Friday night, after returning home from the first day of Outside Lands, I spotted a tweet inviting the first thirty people to retweet and follow @SpotifyOnTour to an intimate session with City and Colour somewhere in San Francisco the next morning. It was a secret show put on by Spotify on Tour and I wanted go so, so badly. However, I’d seen the tweet two hours after it had been posted and had no chance of being one of the first thirty.

Knowing it was a long shot, I retweeted and followed anyway, tweeting at Spotify how much I wanted to go. The next morning, I was awoken by the sound of my phone beeping – I’d been sent the location! It was only 8:30am but I couldn’t contain my excitement, dancing around the room with joy. The dancing didn’t last long though. Since I was staying with my friend in San Jose, we booked it out of there to make it into San Francisco and to the session on time. 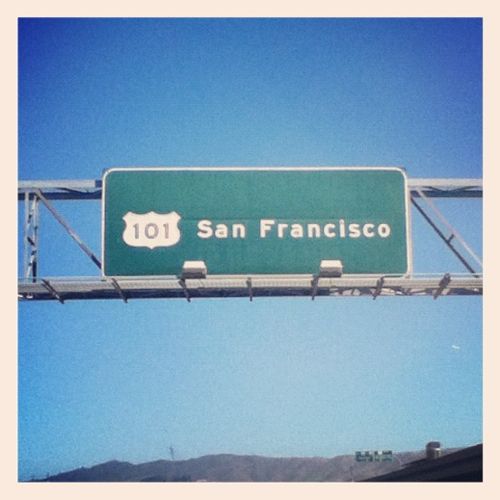 Driving into San Francisco for the session

The session was being held at Potrero Del Sol Park, conveniently just off the 101 and on our way to Outside Lands. We spotted the big green Spotify tour bus at the edge of the park with a few people already there. We waited, eating doughnuts and adding songs to a playlist featured on a TV on the side of the green bus. I could hardly take the anticipation. 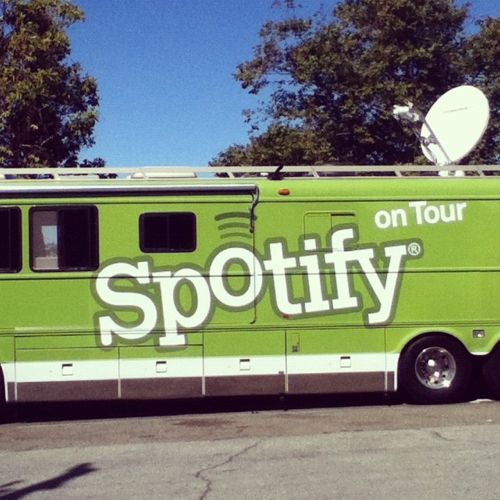 Finally, we were lead into the park and up a hill. There was the man himself, Dallas Green. It was somewhat surreal to see him so close up, just sitting on a rock in the park. We sat down in front of him, nervously holding back until he motioned for us to come closer.

“Hello, children!” Dallas said. It did feel a bit like story time with the group of us sitting cross-legged in front of him.

Dallas performed acoustic versions of Fragile Bird, Grand Optimist, and What Makes a Man. The whole time, I could hardly believe I was sitting just two feet away from him. I’ve always been mesmerized by his voice and Saturday was no exception. I just sat there, mouthing the words along, amazed at my luck. 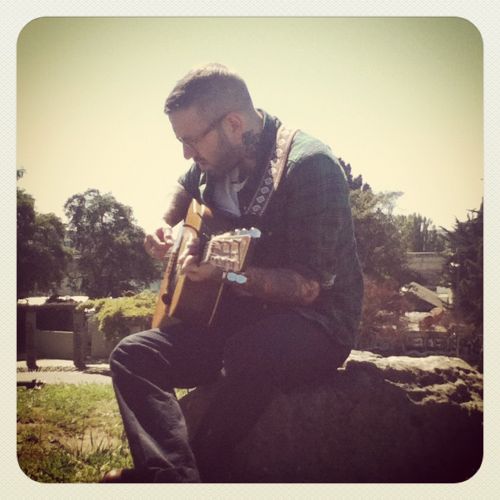 Dallas Green of City and Colour

Afterwards, I caught up to Dallas to say thank you for the performance and to tell him what a huge fan I was. Oh, and to shake his hand. Yup, that’s right, I TOUCHED DALLAS GREEN. I managed to keep my cool before heading back to the car to have a slight freak-out. I don’t think I’d ever had a fangirl moment in my life before, but that’s what happens when you meet your favourite artist and get to hear him sing two feet away from you. Even now, I still can’t believe my luck. A big thank you to Spotify On Tour for making it happen!

Lastly, here’s a little teaser of Fragile Bird before the official Spotify video comes out:

Disclaimer: This post was not sponsored by Spotify, but I did offer to do a post on the session in an attempt to get the location. Evidently, it worked, so I’m honouring my end of the bargain!