You are here: Home / All Aboard! / #RoamancingSF Part II – Outside Lands

My primary reason for visiting San Francisco was to see my friend Chance, but I also had another very good reason: the Outside Lands music festival that happens in Golden Gate Park every August. Chance’s older brother, Adam*, works for the organisers so he was able to hook us up with VIP tickets. I was pretty excited as it was my first music festival, let alone that we had VIP tickets.

On Friday, Day 1, we set off for Golden Gate Park with Chance’s sister, Lisa*, and her friend Mike*. We arrived as Fitz and the Tantrums were playing on the main stage. We went to go check out the VIP area which consisted of reserved seating and food and beverage stands. It turned out our “Bison” passes not only got us into VIP, but also into Artist Hospitality, where there was a free bar. I was floored. I’m normally in the nosebleed seats! 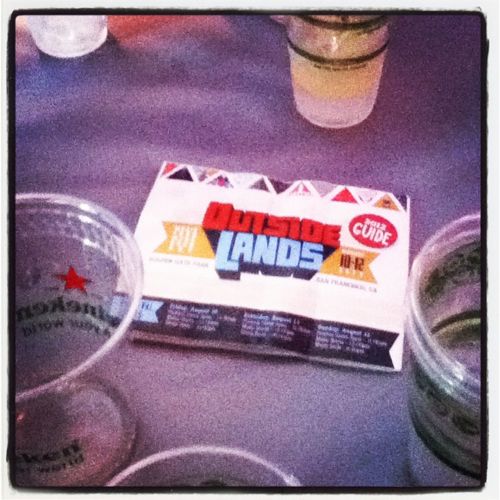 We went to go explore the festival grounds. I tried garlic fries for the first time (a San Francisco speciality), signed a postcard to Congress (even though I’m not American) and braided a headband (mandatory for all music festivals).

The first artist we went to check out was Beck. I thought we were just going to join the crowd, but we ran into Adam who had some free time. So instead, we walked around the crowd and went backstage, where Adam led us to a raised platform to the side of the stage. I’d like to say I was cool and acted like it was totally normal, but in truth I was in awe. Chance and Lisa, being their fourth Outside Lands, were used to it and were completely cool, but Mike and I flipped out and kept going, “Like a boss!” 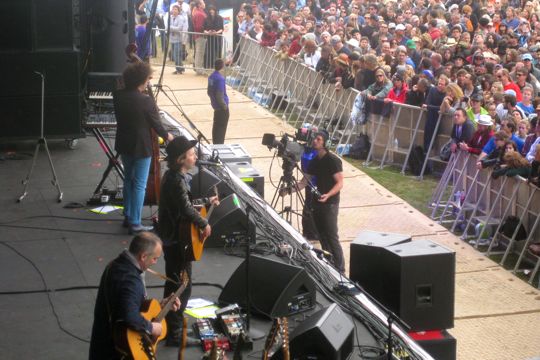 After Beck, we listened to Foo Fighters and MSTRKRFT.  At this point, we started to get super cold and I got my first taste of San Francisco fog. We bundled up in extra layers before seeing the headliner that night, Neil Young & Crazy Horse. Everyone kept commenting that no matter how old they were or how long ago their songs are from, their music never gets old. They delivered a great show that had me forgetting about the cold. 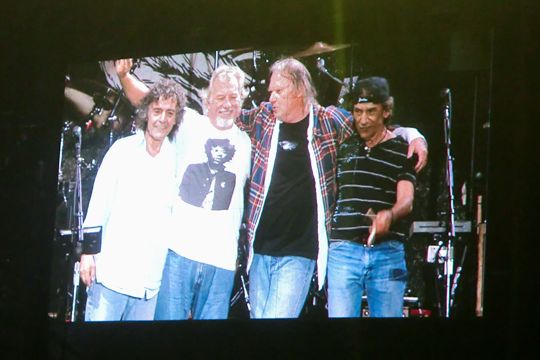 On Saturday, Day 2, I arrived at Outside Lands on a high after attending a secret session with City and Colour. The first show we went to see was Explosions in the Sky. I had never heard of them, but Chance was a huge fan. We went straight to the front of the VIP section where Chance had his first fangirl moment of the day, pouting when another fan wearing a unicorn head was invited to the front of the audience, and where we spotted Vanessa Hudgens in the crowd.

At the end of the day, we had trouble deciding between the two headliners of the night, Metallica and Sigur Rós. We started off with Metallica, and though I don’t normally listen to metal, they were just phenomenal. Perhaps it’s the difference between a live show and listening on speakers at home, but when Chance wanted to leave to see Sigur Rós, I didn’t want to go.

Chance’s second fangirl moment of the day came when we reached the Sigur Rós show. Adam managed to get us right up close, in between the audience barrier and the stage. I had had my moment with Dallas Green earlier that day, and now it was Chance’s turn. Like Explosions in the Sky, this was my first exposure to Sigur Rós, and I was happy to enjoy the music along with Chance’s fangirl glee. 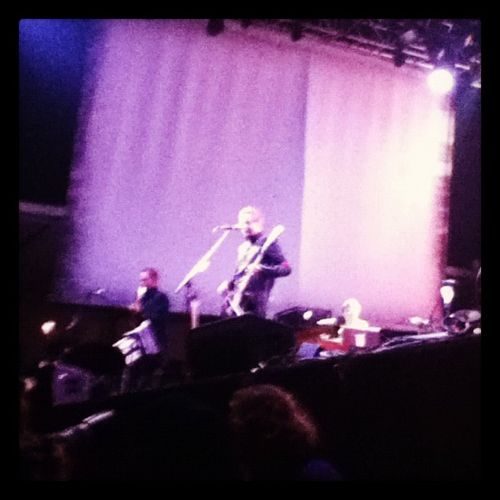 On the last day of Outside Lands, all I wanted was to see City and Colour. You would have thought meeting frontman Dallas Green the day before would have satisfied me, but oh no. I had one goal, and that was to be onstage during the City and Colour show.

However, City and Colour weren’t scheduled to go onstage until 3:45, so first we went to check out Big Gigantic. I can’t remember whose idea it was to see them, as none of us had heard of them before, but none of us saw it coming when they turned out to be a mix of dubstep and sax. It was both unexpected and awesome at the same time. While it might not be everyone’s cup of tea, we found it a great show that we didn’t stop dancing for.

After stopping for libations at Artist Hospitality, we headed over to see City and Colour. As luck would have it, they were playing on a smaller stage that we could go backstage to with just our Bison passes, meaning we didn’t need to bother Adam.

It was absolutely thrilling to be onstage. The two times I saw City and Colour in Vancouver, I was in the balcony towards the back, so this was a completely new experience. To be so close, but also to watch the crowd reactions and the backstage cues, was unlike any other show I had seen. I stayed onstage for the entire set, minus the last song when they ushered everyone off since the artists were coming through. 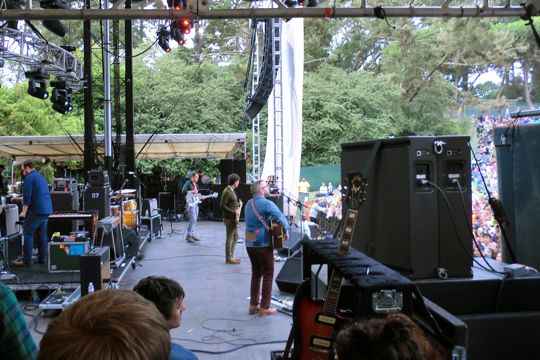 Onstage for City and Colour

After being onstage for City and Colour, I was happy to let everyone else decide who else we would see that day. We ran into Adam, who gave us wristbands to get into the sound-board for Jack White. The sound-board, a fenced-off area in the centre off the crowd housing the sound-board and cameras, was crowded with people trying to get in. It amazed me to be able to simply wave my wrist and be let in.

Our plan after Jack White was to see Bloc Party, Wolfgang Gartner and finish the night off with Skrillex. Being Day 3, by the time we reached Bloc Party, I was exhausted. I sat down on a picnic bench during the set, saying that I needed to conserve energy for the rest of the day. It was a joke that turned out to be true.

As we headed to Wolfgang Gartner, I started to get really cold. You always think of music festivals as being sunny and warm, but my teeth were chattering by the time we got to the stage! I warmed up when the crowd closed in, and kept warm by dancing my way through Wolfgang Gartner. It turned out to be the perfect warm-up for Skrillex, whose show was insane and featured a spaceship onstage and lasers shooting out into the crowd. 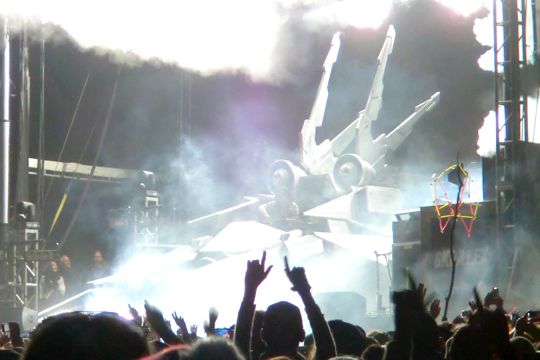 Skrillex, onstage in a spaceship

It was an awesome wrap-up to a crazy three days. For my first music festival, Outside Lands was amazing and so much fun, but also tiring and very cold. I think I may have been ruined by my VIP ticket and my onstage experiences, and may never be able to go General Admission to a music festival now. It was an incredible, once-in-a-lifetime experience, and I’ve got to say thank you to Chance and Adam for having me along.

*names have been changed

Disclaimer: This post was not sponsored by Outside Lands or any of its partners. My opinions on the music festival are my own.

This is Part II in Megan’s #RoamancingSF series. Read Part I here.