You are here: Home / All Aboard! / Megan’s My Vancouver – That Idea of Home

Prologue from Erica: Every summer we work with a couple of aspiring creatives to help them hone their crafts and introduce them to various tools of the trade. This summer, we are working with two wonderfully talented UBC Students ~ Megan Ho and Hannia Curi. As an introduction to Roamancing, I had them each do a post on ‘My Vancouver’. Here is Megan’s.

“What does Vancouver mean to you?”

Recently, I was asked this question and I didn’t know how to answer. For me, Vancouver has always been home. I’ve lived twenty-odd years in the city and so Vancouver has meant different things to me at different times. I spent my childhood with my nose in books, dreaming of the different countries and worlds I read about. Regular trips to Vancouver Island caused me to long for the smaller-town feel of Victoria; I often felt restricted in the “big city”. But as I grew older I came to love the city I called home. At seventeen, I learned that Vancouver was ranked the world’s most liveable city and realized I was lucky to live in an apparently world-renowned city. After graduating high school, I chose to attend UBC and stay in the city – after all, I loved Vancouver, so why should I leave? I had come to think of Vancouver as the best city, the perfect home, the place to which I would always return. I loved the tree-lined sidewalks, the nearby ocean, the diverse cuisine, and the mountains that perpetually indicated north. I even loved the rain. It was mine and it was home. 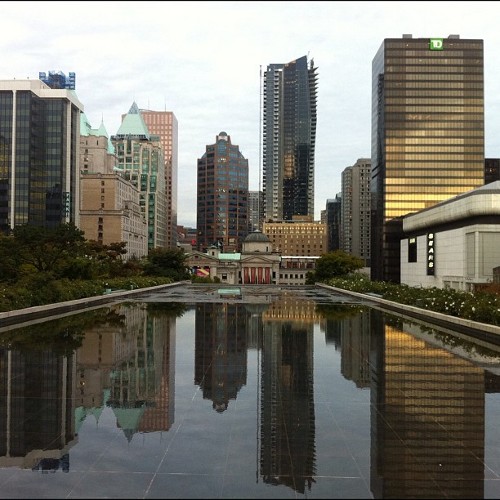 Vancouver’s Skyline from on top of the Law Courts

And then I went away for a year on exchange to Bristol, United Kingdom and everything changed. I never thought I could think of somewhere else as home, but I did. Suddenly, my world was cobble-stoned streets, centuries-old buildings, and the student dorms where I had been placed. When I longed for home, it was no longer the house I’d grown up in. It was my regulation dorm room and constantly messy kitchen. When I wanted to sleep in my own bed, it was the standard size single covered with cheap bed sheets that called. 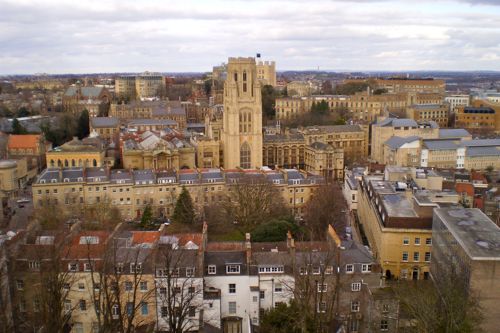 When people in Bristol asked me about Vancouver, I tried my best to paint them a picture of my Vancouver. I told them about the neighbourhoods, the cherry blossoms, the sushi and butter chicken and poutine. I told them about Gastown and warm summer nights spent in deep conversation by an unlit Olympic torch. I told them about cycling along the Richmond Dyke, the nude beach on university campus, and the ubiquitous rainboots that covered the sidewalks in the winter. 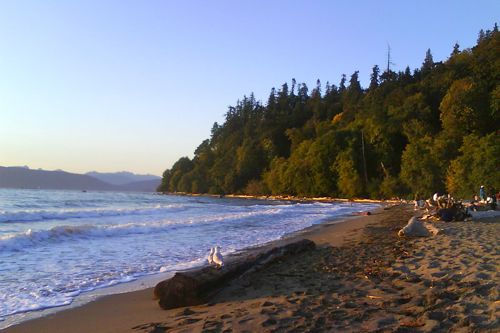 But when I came home last September, I found none of that was my Vancouver anymore. While I had missed it all at first, I had learned to live without all of it in Bristol. Home was no longer a certain street of restaurants and shops or a tasty dish or the weather. No, home was – and always should have been – the simple feeling of not wanting to be anywhere else. It was belonging. And in those first few months back in Vancouver, all I wanted was to be back in Bristol where it felt like my “real life” was waiting for me. But as time went by, I learned that while I could never quite capture the way I felt when I lived in Bristol, I could still feel at home in Vancouver. Shortly after I returned to Vancouver, a friend took me sailing at Jericho Beach. As we glided over the water and the salt water sprayed at me, I felt a giddiness build inside me. I looked back at the shore and at the city and I felt a happiness for being exactly where I was. At home. 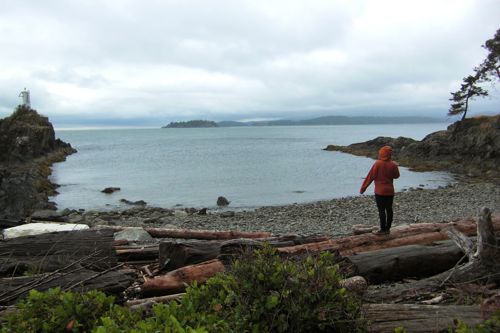 A rainy west coast day, the kind that makes me feel at home

There are still days when I wish I was back in the UK and days where I think it can’t get much better than exactly where I am. Vancouver is still home, but it’s home in a different way now and it’s one of many homes. It may no longer be the place I will always return to, but I know it’s the place that will always be there for me. And in that way, what could be a better home?