You are here: Home / All Aboard! / A Playland Adventure! 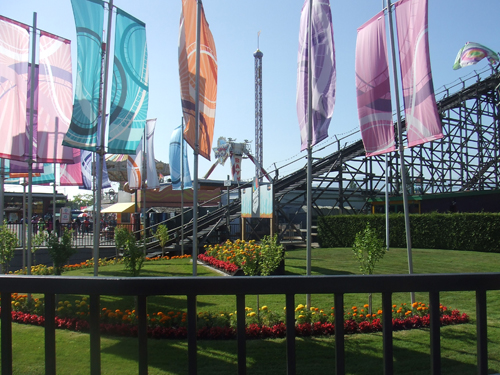 For as long as I can remember, there has been a very special place in my heart for amusement park rides. It might be because the opportunity to go to the amusement park didn’t come very often; Winnipeg, where I lived most of my recent years, had a fair, the Red River Ex, that would come for a few weeks in June and then leave. I would either get a chance to go once during its run or not at all. It saddened my heart, since amusement park rides were probably the most exciting thing a regular ol’ scaredy cat like me would be willing to do. 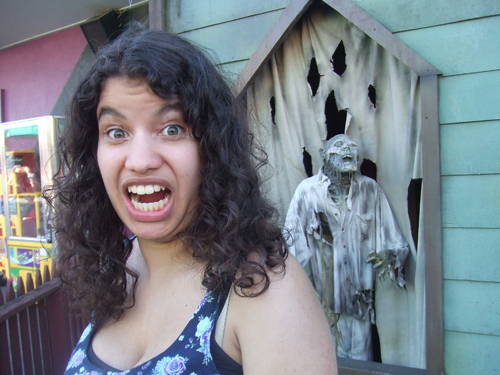 Naturally, a trip to Playland in Vancouver would make me a very happy girl, and recently I did just that. With my friend Janice in tow, I was able to attain a thrilling amusement park experience! 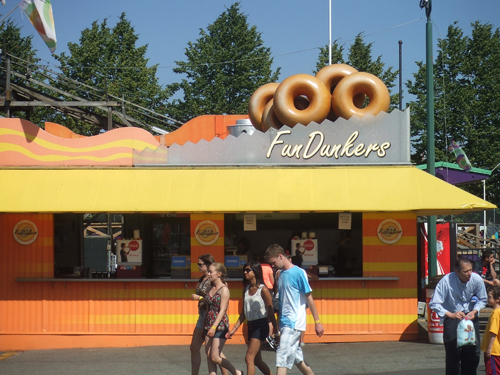 Another highlight of my adventure!

In my previous amusement park experiences, we’d always have to either purchase a wristband along with admission, or buy strings and strings of tickets to actually go on the rides. Not so at Playland. Once you’re in, you can go to town and get on any ride you want (mostly) without any extra spending. True, it is a good idea to bring money for carnival games and food if that’s important, or one of those funky-looking drink containers everybody else seems to get, but the rides themselves are free in that sense. I thought this was absolutely wonderful, as I was expecting to spend a lot more than I actually did, assuming the rides were ticket-based. 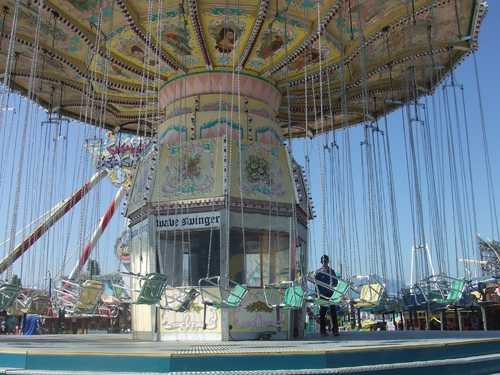 As for the rides themselves, due to time constraints and wanting to do different things, we didn’t quite manage to sample each and every one. I think it would take the most dedicated ride enthusiast, someone who plans their trip out so that there’s enough time to actually hit every single one, to accomplish this. So writing this as a sort of ranking would be a little iffy, since we did only ride a select few. I think it is notable, though, that the actual names of the rides are of no consequence in the moment; Janice and I would just identify them by what they looked like, or just point at a contraption and go “that one looks fun.” And a lot of them do have names that may have required a bit of thought from someone at some point. However, I never really registered that the Wave Swinger had an official moniker; I just identify it as the ride with the swings that soar through the skies for a couple of minutes and one of my all-time favourite carnival features. 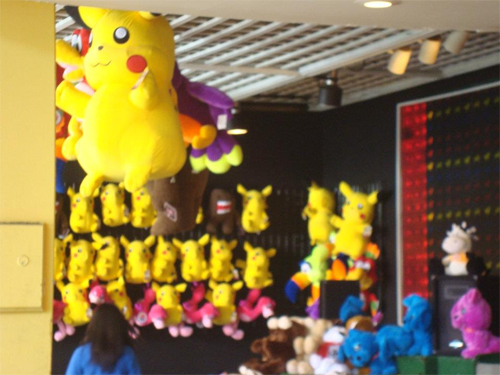 As a little girl, I would have sacrificed goats for all of these dolls.

I actually thought about how when trying to reflect on what I did that day, I had no idea what to call some of the contraptions I rode, save for the Hellevator. I probably remember that one more because, as foreboding as the name is, the ride itself isn’t that hellish. It definitely looks like it, as there’s a part where you’re whipped upwards at what looks like breakneck speed… but the sensation, to me, was actually quite pleasant, like I was floating. Still, while waiting in line, my friend and I heard two little girls disembarking while brazenly informing their guardian that they just talked the whole time, as if barely noticing the fact that they were being whipped into the air. We thought they were putting on airs, but… I realized that kind of ‘fearlessness’ only takes the chutzpah required to get on the ride in the first place to achieve. Another ride that surprised me was the Wooden Rollercoaster. I underestimated that one. Well, I tend to underestimate roller coasters in general, but somehow I never cottoned on to the fact that a high-speed roller coaster with steep hills and a metal bar keeping you fastened on to the seat would actually be pretty hair-raising. I remember, during one sharp descend, getting a flashback to the sign guests are treated to during the queue, warning that standing during the ride is prohibited and feeling terrible that the forces of gravity were causing me to stand. I guess the rule is there so no one will try standing before gravity hoists them upwards further. 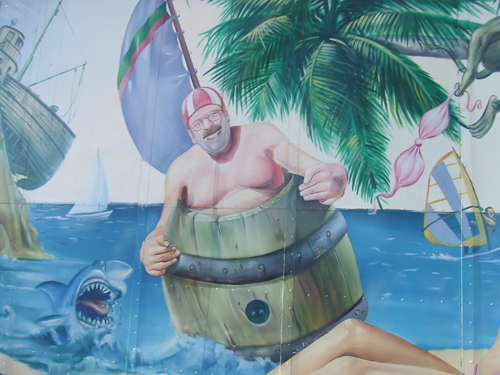 Playland was a lot of fun! We did not manage to get on a few rides we planned to due to the park closing for the day, but as far as a day at the amusement park, it was a great time! 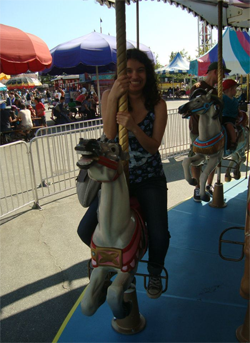 (Also, Playland does provide a lovely list of their featured attractions with descriptions and images to go with them, for those who are, like me, burning with curiosity regarding what to call those special rides you know and love, as well as other features.)

PS. In Full Disclosure: As always, the opinions and thoughts shared here are our own and honest ones. We are bought out by no one. In the spirit of disclosure, it should be noted that on this trip our entrance to the park was courtesy of Vancouver Tourism.

Things To Do
Vancouver