You are here: Home / All Aboard! / A Rainy Day Adventure at the Museum of Vancouver 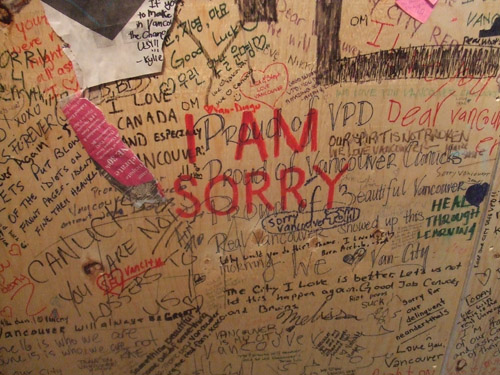 When I was in the 9th Grade, I took part in my junior high school’s German exchange program. It was a memorable experience and we visited plenty of neat sites, but one of the things I wanted to do most, which we ultimately couldn’t get around to as it would veer from the plans laid out by the pre-set itinerary, was to visit the DDR Museum in Berlin. No, not DDR as in Dance Dance Revolution, which was where my group members’ minds went; DDR refers to the Deutsche Demokratische Republik, also known as East Germany. I had an interest in the time period in which the republic existed, and from the pamphlet we’d found at the hostel we stayed at during our short visit to Berlin, it looked like an interesting place. What struck me the most was how it was advertised as having an emphasis on what everyday life was like in East Germany. That’s a big draw for me in a museum; I like to see the bits of ordinary life we could salvage as well as the larger events of the past. 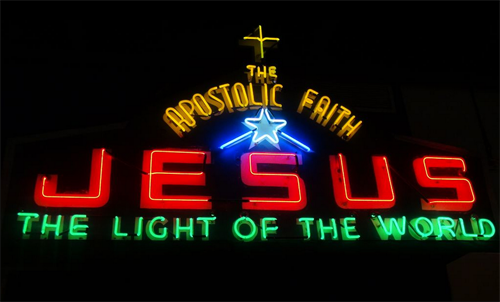 Recently, I visited the Museum of Vancouver with few expectations as to what I’d see apart from the Neon Vancouver Exhibit. (Which my lovely co-worker, Megan, discusses here. I heard about it from her in the first place!) The exhibit was quite good, particularly in the way they presented a kind of point-counterpoint as a way to highlight the controversy that surrounded Vancouver’s neon signs. The 1920s/30s clothing exhibit awoke my inner fashionista; I learned that the 20s were a great decade for women’s fashion as far as my tastes go and the 30s featured designs that were not geared towards me. I was even captivated by the wall they placed at the entrance to the exhibits, full of messages regarding the Vancouver riots from last year; I was not in the city at the time, but was able to take away an impression of the emotional impact of the event from the messages on that wall. 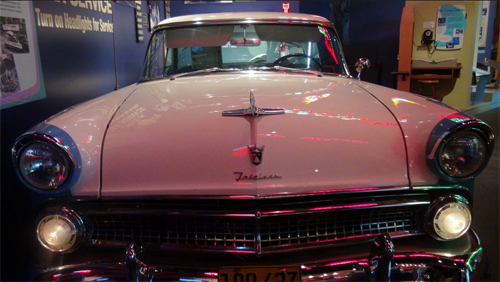 The highlight of my visit, however, was the museum’s permanent exhibit or, well, the section dedicated to the 1950s. It displays the decade the way I’ve often pictured it; kitschy aesthetics, everything suggesting a sugary, wholesome goodness on the surface. (There was the brilliant detail of tucking a statue of what looked like a burlesque dancer away where, walking by, you would almost miss it.) Everything looked so perfect. There was a model diner, complete with a fully functional jukebox (!!!) and a souvenir machine that would exchange good luck charms for a coin. I would have liked it if I could have actually gotten a milkshake at the diner, for there is never a moment when I am not craving a milkshake, but that may be too extravagant for the museum to accomplish. There is also a model living room with a television left running, though I didn’t really pay close attention to what was playing. 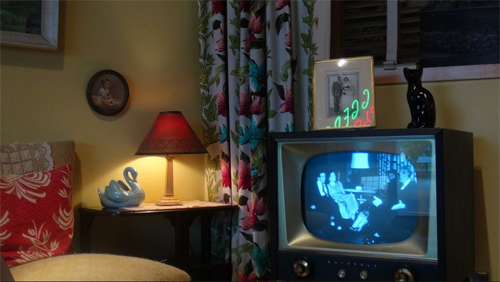 A living room straight out of the 50’s.

There was one thing in particular that tied the whole thing together for me: when you sit down at the diner rather than a menu, guests are presented with sheets featuring the stories of people who were teenagers during the 50s with details on what their lives were like. There is also a photo album featuring what looks like snapshots of people as they walked down the street. Really, this kind of personal touch is not unique to the 50s exhibit; the 60s exhibit had a photo album that served the same purpose as the ‘menus’ did in the 50s section. There is a board at one point where visitors are encouraged to fill out a small piece of paper with memories of what their childhood was like, no matter when said childhood took place. Yes, my favourite part of the museum, hands down, was the 50s gallery, but it was mostly for the combination of an aesthetic I liked with that effort to immerse the visitor in ordinary details of life during that era. When it comes down to it, that personal touch may have been part of the reason I enjoyed the museum so much! 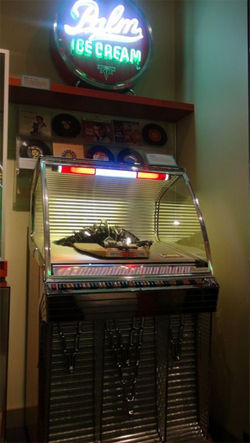 PS. In Full Disclosure: As always, the opinions and thoughts shared here are our own and honest ones. We are bought out by no one. In the spirit of disclosure, it should be noted that on this trip our entrance to the museum was courtesy of Vancouver Tourism.

Things To Do
Vancouver