You are here: Home / All Aboard! / Postcards from Vancouver

I’m a big fan of writing letters. Yes, it’s a bit of a dead art and yes, e-mail is way faster and environmentally friendly, but there’s nothing like receiving a piece of mail that is hand-written and addressed to you. For years, I’ve been writing letters to the amazement of my parents, who wonder why I don’t prefer e-mail and shake their heads at the number of postcards I send to them whilst travelling (which I shamelessly claim back when I return home). Luckily, the folks at Postcrossing understand. Members of the website sign up to send and receive postcards from around the world. The premise is simple: “if you send a postcard, you will receive at least one back from a random Postcrosser from somewhere in the world.”

I’ve been sending and receiving postcards for a few months now, but just recently I introduced a couple of friends to Postcrossing. Armed with a number of postcards of Vancouver I acquired from Book Warehouse when they were closing (they’ve since reopened!), we spent an afternoon composing postcards to Russia, Germany, the Netherlands, the U.S., England, and China. 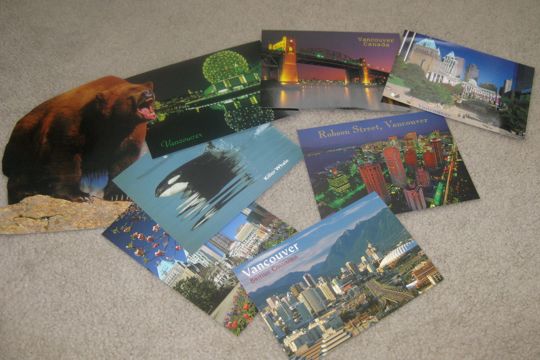 Postcrossers can write about anything from short bios to recipes to quotes. Some of my favourite postcards I’ve received have included quotes in Russian and Spanish with English translations. As our postcards featured Vancouver or West Coast animals, we decided to fill our postcards with fun facts about Canada. With our waning Social Studies memories and the help of Google, we decked out our postcards with facts about beaver dams, First Nations language and cats. Who knew that Parliament had a cat sanctuary behind their buildings in Ottawa? 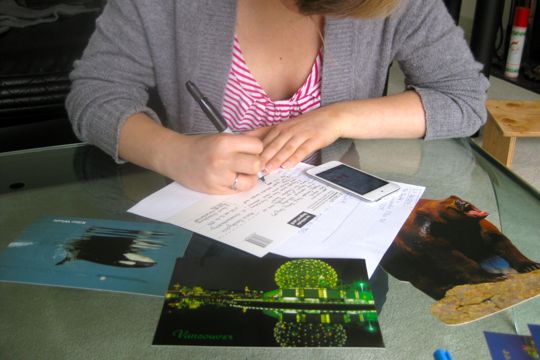 Among our fun facts, we also included snippets of the national anthem in both English and French and I also suggested a few Canadian artists. I always like mentioning my favourite bands in hopes of spreading Canadian music further. At the top of my list were City and Colour and Said the Whale – no Bieber here! 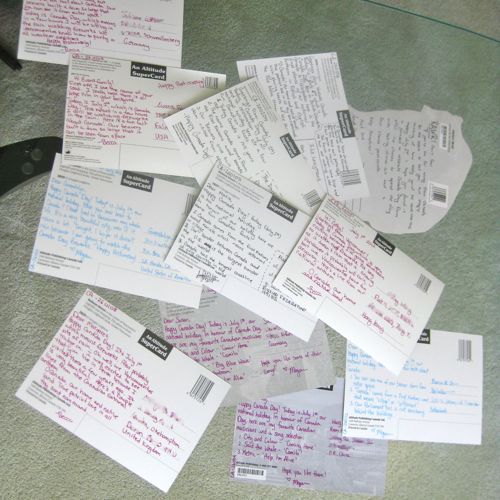 Then it was off to the post office for stamps, which featured two appropriately Canadian moose, and into the red mailbox they went. Now, we’re eagerly but patiently (as you must with snail mail) awaiting postcards from somewhere in the world. Happy Postcrossing! 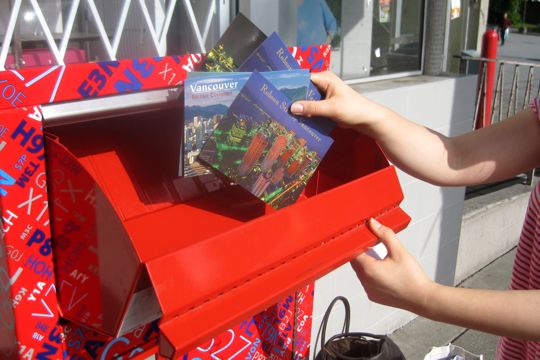