You are here: Home / All Aboard! / Creating Future Travelers at the Toronto Zoo

Many of my favourite childhood memories come from the Toronto Zoo.  Images of fenic foxes, meerkats, gorillas, beavers and polar bears dance through my head, when I think about it. So when my brother brought up the idea of taking the nieces and nephews, as a part of our family vacation gathering last Sunday, there was no question in my mind, I was happy to help him wrangle our trio of toddlers around the zoo. 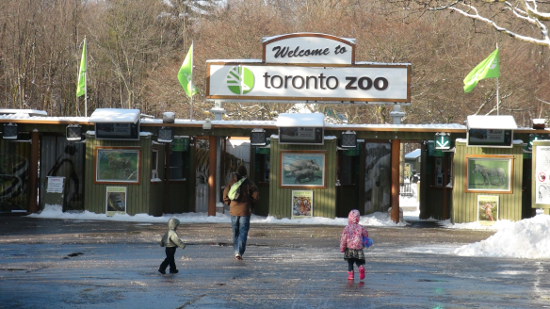 An adventure I will always love, no matter my age.

Some people may criticize zoos for taking animals out of their wild habitats, but zoos play an important role in education, saving injured animals, habitat and species specific research, and captive breeding and re-introduction programs of rare and endangered animals.  Now, while admittedly I am not a fan of every zoo, as I do feel some take advantage of the animals,  The Toronto Zoo is one of the good ones.  It provides the animals with excellent habitats in which to live, the public a solid foundation in education on the animals they see and their habitats, and has a number of conservation initiatives. 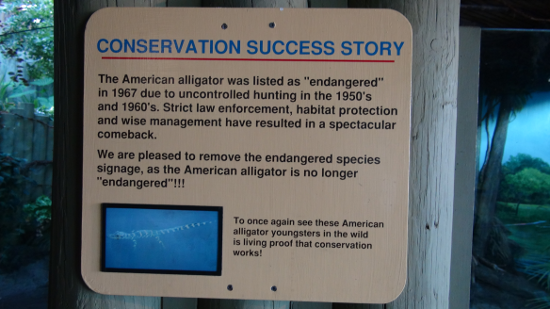 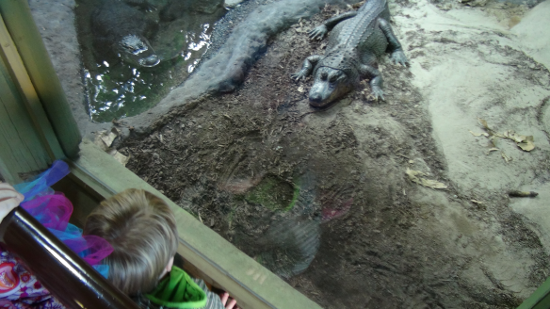 I’m not quite sure who is checking out who here.

If you ask me, especially after exploring the Toronto Zoo with these three toddlers, the greatest gift in visiting a zoo is that it evokes curiosity and sparks a connection between the animals and the zoo visitors.  For many, this is the only interactions they will have with such animals, and this contact is what will make them think twice when making a decision that could impact such creatures’ habitats.  For others, like myself, visiting zoos are what helped to turn me into a World Traveler, sparking a curiosity that not only got me interested in studying biology, but also to explore the wilds of parts of North America, Europe, and Africa.  It was the beginnings of this same curiosity for travel and to explore different lands that I saw spark in our trio of monkeys, as they examined and pointed at maps, watched animals of all shapes and sizes in fascination, and alternately charged with glee from one habitat to the next or had to be dragged away, as they wanted to stay and watch longer. 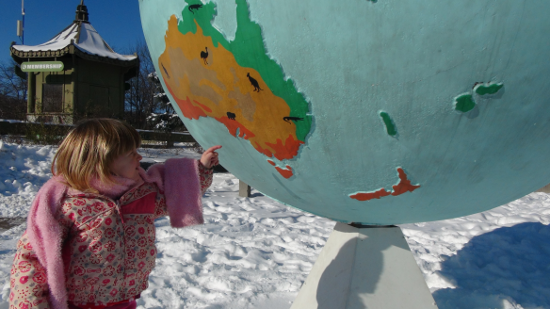 One of our future travelers. 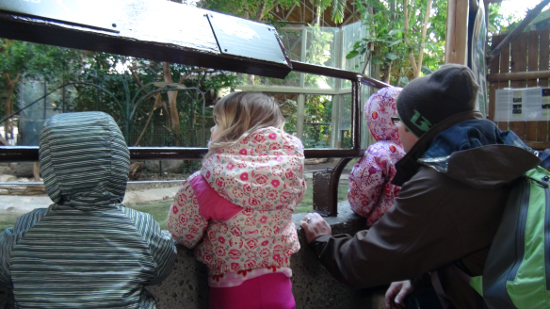 Our monkeys checking out one of the primate exhibits. 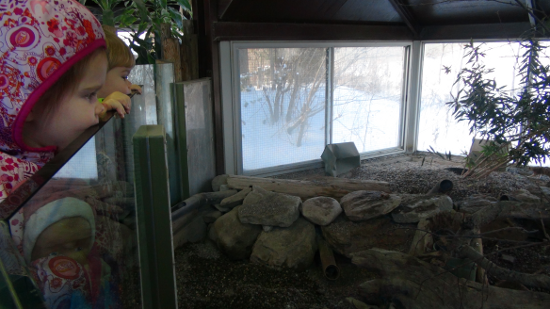 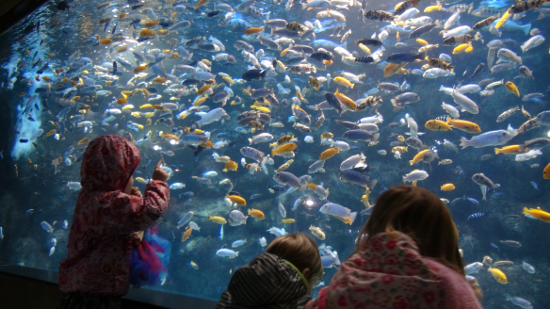 Can anyone spot the organism in this tank? 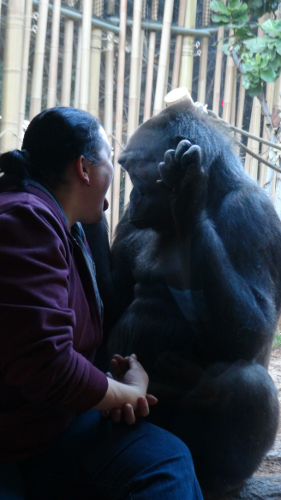 This zoo patron seemed to visit often enough to be on a first name basis with this gorilla.

So is there an age limit to the zoo?  I’d say no.  Here we were with a 1 1/2, 2 1/2 and 4 year old, who all marched themselves around the zoo, the younger two only occasionally being swooped into our arms for the purpose of speed in places (especially as the 1 1/2 year old had to stomp in every puddle, and sometimes those puddles steered away from the direction of our herding). Our fellow zoo explorers ranged from the very young to the very old, the zoo provided easy wheel chair and stroller accessibility for the less mobile amoung them.

To make the whole experience even better, we got to enjoy the zoo in the snow!  So many people think of the zoo as a warm weather place, but it is just as grand an expedition in the snow.  After leaving the heat of so many of the buildings, set up to mirror warm climates, there is nothing quite so refreshing as stepping out into a snowy, wintery wonderland (that’s why the kids didn’t have their hats on, not because Petey and I were being neglectful). It was almost like a Finnish sauna, jumping between the humid to the refreshing crisp air. Added Bonus: we’d arrived at opening and as fewer people think to go to the zoo in the snow, it felt like we had our own private opening for the first couple of hours. Such a delight! 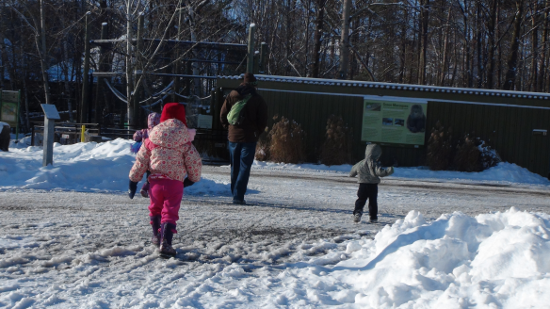 The Ultimate Snow Day! I hope it is not too long before we return again.