You are here: Home / All Aboard! / Never Shoot A Stampede Queen – Win Vancouver Tickets

I am not sure about the rest of you, but one of my favourite side effects of travelling is taking the time to read.  And a favourite author of mine, that I tend to place at the tops of the holiday reads priority pile, is Mark Leiren-Young.  I still have yet to read Mark’s latest book, Free Magic Secrets Revealed, that has only just hit bookstores in the past few weeks, but up until now, my favourite read of Mark’s has been Never Shoot a Stampede Queen.  And I don’t think I am alone in it being a favourite, as Mark won a Leacock Medal for humour for this novel. 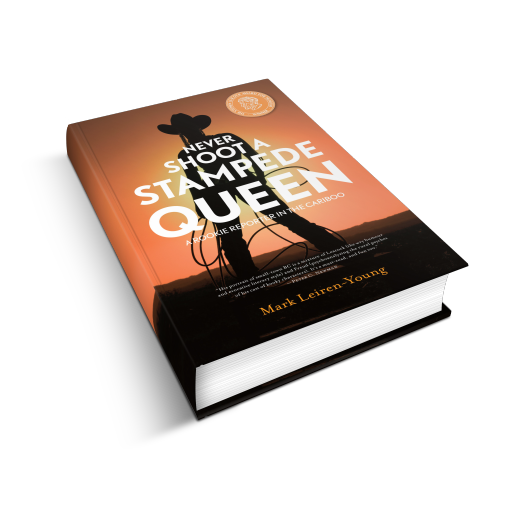 For those of you that have yet to read Never Shoot A Stampede Queen, it is a humourous account of Mark’s early 20’s, as a young reporter in Williams Lake.  And funny it is!

Why am I telling you all of this? Well, as it happens, Mark is also a playwright, and Never Shoot a Stamped Queen is hitting the stage for the first time  … well … first time in Vancouver, as it is currently making its rounds in Kamloops and Duncan, BC with a great audience response.

The playbill for the Show? 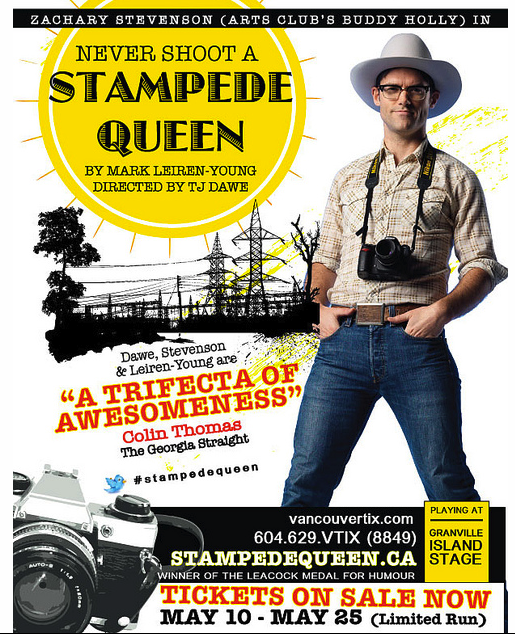 Zachary Stevenson (the Arts Club’s Buddy Holly) stars in the stage adaptation of Mark Leiren-Young’s Never Shoot A Stampede Queen — winner of the Leacock Medal for humour. This all-new solo show follows the adventures of a big city (Vancouver) boy who arrives in the crime capital of BC (Williams Lake) and discovers stranger news, quirkier characters, and better friends than he ever could have imagined. Directed and dramaturged by TJ Dawe (hot off his acclaimed solo show Medicine), and adapted for the stage by Leiren-Young (known to Arts Club audiences for Easy Money and The Year in Revue). For more info visit http://stampedequeen.ca/.

So … !!!  Mark has given me a pair of tickets to giveaway to the Preview Night in Vancouver, Thursday May 9th, 2013 at 8 pm on the Granville Island Stage in Vancouver, BC.

To enter to win, simply comment below with a favourite author or genre of books that you love to read while travelling, by Sunday May 5th at midnight. I will randomly pull the name of a winner from the entries Monday morning, May 6th.

Main thing for the social media entries to be valid, you must hashtag #StampedeQueen, include the link to this post, and use our handle to link us into the conversation (so that we see your entry).

Looking forward to your responses!  This should be a fun Show!

PS And if you don’t win our tickets, you can still catch the Show on the Granville Island Stage from May 9th – 25th.  I’ll be sure to tell you all about it on my personal site, as soon as I see it.