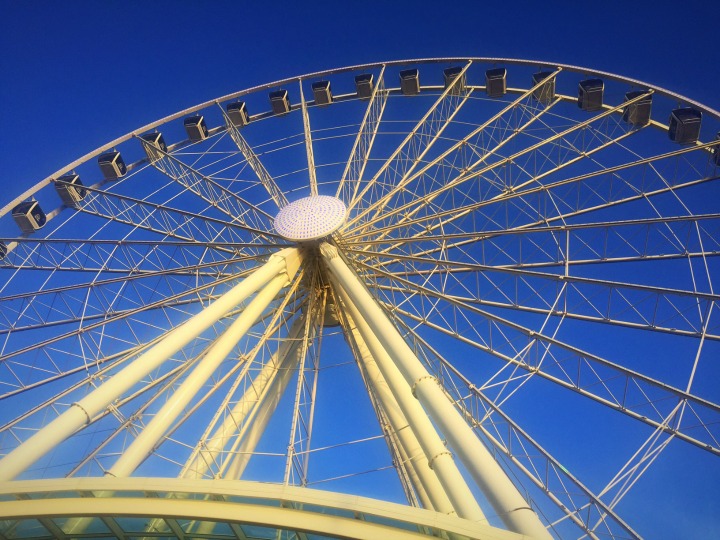 People often have a theme that they base their worldly travels on, but how about a mental mantra for your travel? Out of a cheerleading event that consisted of our family shouting supportive words at our daughter who was attempting to kill a rather monstrous spider that the rest of us were too chicken to get close to, came this great quote, “If you don’t think, and you just do….then it’s done!”

This quote came back to haunt me when on vacation in Seattle. I thought it would be a great idea to take the kids on the Seattle Great Wheel, the ferris wheel overlooking the ocean, but as we approached it, I realized how high it went and immediately panicked! Just as I had decided to put the kids on it on their own, my daughter says, “Come on mom…If you don’t think, and you just do….then it’s done!” What could I do at that point?! She was telling me to stop thinking and creating more fear about the situation and just get on the thing!

“If you don’t think, and you just do, then it’s done!” We all now keep this quote in our back pocket, ready to whip out at any time to push one of us forward into an adventure we know they won’t regret. No hesitations, don’t allow any time for fear to set in, and be prepared for your kids to turn your life advice back on you!