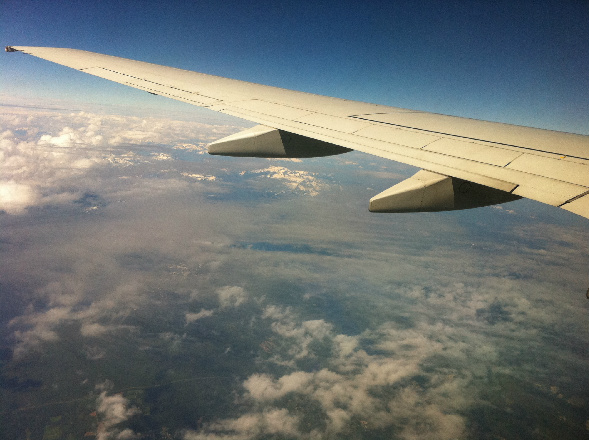 Missed connections happen.  People can’t fault you for bad weather that delays flights or other safety concerns.  At times such as these, that result in missed connections and unforeseen night stays in foreign ports, we as the traveller must be understanding and glad we are safe and sound.

Where we as the traveller lose that understanding is when you, the airline, are unorganized and not prepared to deal with us on the ground, despite knowing full well for hours that you would have a plane load of people that would be missing their connections. That’s disrespectful to us, the travellers, your clients, and will result in you losing clients.

Below is a story of a recent missed connection that I had, that ended in me having a very bad experience with an airline I wanted to like, and what airlines everywhere can learn from this.

I knew before we took off that I was missing my connection in Heathrow, when our plane took off over an hour late due to bad weather in Heathrow.  I’d never missed a connection before, so I thought I’d better inform the air stewards about the impending predicament. “Nothing to worry about. You should still make your flight, and if not we’ll arrange for a new flight and a hotel, if necessary.”  Good!  I suspected they were off their rocker thinking I’d make my connection in Heathrow with having to run across the airport, likely to another building AND cross through security, but at least I’d still get home eventually and I’d have a place to sleep if I needed it.

4 1/2 hours fly by, and we circle overhead of Heathrow, when the pilot announces we will be circling for another 20-minutes, as with so many delayed flights, the runway is backed up. There goes any hope in H… of making my connection, so I voice my concern again. “Not to worry, we’ll have someone waiting on the ground to help you.”  Okay. Are they helping me get to my plane in time or making arrangements for an alternate flight?  Alas no one could tell me that, but at least they knew and would be organized to take care of it.  How very wrong I was!

Getting off the plane, all there was was a guy holding a sign with my flight number and a number of other flight numbers and all he told me was that somebody would be waiting for me at baggage.  Okay, I rushed on, still not sure if I was able to make my flight.

I hit a fork in the road, the fork to my flight versus the fork to baggage.  Sh..!  Realization hits in. Going to baggage means no flight home today, especially as I rounded the corner the sign was pointing me in to see London Customs.  I was crossing into England, and didn’t even have a bloody Landing Card, as the airline seemed incapable of sharing that with all of us that had missed our connection.

Breathe.  There were the two young Winnipeg gals from my flight, looking just as confused.  Okay, their flight was slated to leave 1/2 an hour after my flight, I’ve definitely missed my flight if they’ve sent them here too. I holler at them to save us a spot in line and go in search of landing cards for all of us.  It’s only 3:30 pm, this could end up as a fun night’s adventure in London.  Even on my limited sleep, there was plenty of time after all for a nap.

We get through customs to baggage.  No one is waiting for us.  An older fellow working at a nearby booth sees we are looking lost and forlorn and helps us out by:

3 hours later someone from the airlines finally shows up with new flight tickets and hotel information for us. He then herds a group of 20 of us to where they start calling us cabs – one cab at time, with 15 to 20 minutes between cabs that will only take 3 of at a time. Are you frigging kidding me???  By this point in time I’d lost my usual easy going nature and blew up.  This was unacceptable. So what did the airline fellow do?  Find an attractive woman that worked for the airline, that Knew nothing about what to do and had no power to get anything done or make any decision, and high tailed it out of there, abandoning her with us.  Are you friggin’ kidding me buddy?  That is disrespectful to both us and her.

So how many hours did it take us to get to our hotel from when we landed? 6 hours, 4 1/2 of those OF which were the fault of an airline that was unorganized to deal with us when we hit the ground, despite knowing full well that they would likely have a number of us missing our connections, before the flight took off 5 hours earlier.  In my calculations, how long should it have taken for the airline to have us clear customs, get us our bags and get us to our hotel?  To be liberal in their favour – 2 1/2, maybe 3 hours. 3 1/2 – 3 hours less then it took them in actuality.

Did I enjoy that night on the town in London? Not really, as by the time I made it to the hotel, I was too damn tired, but being stubborn, I did drag myself out for one pint at the pub.

This is really quite simple: BE ORGANIZED!

You know in any given day, you will have people missing their connections, so have a protocol in place.

Here are some things that would have made me feel more at ease and a lot happier: