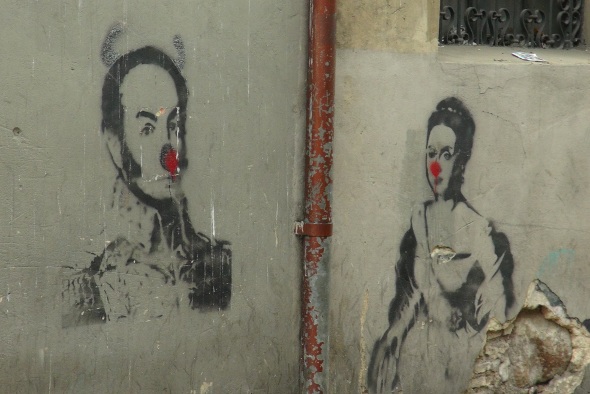 Recently, a dear friend of mine enjoyed a brief trip to my native country, Colombia. From what I hear, she had a lovely time. As far as her exploits with the language … well, I may have heard that she spent some time attempting an eclectic mix of languages (Spanish, Spanglish, French, Italian, and even Arabic) in order to communicate, something I’d actually be rather interested in hearing. It was, apparently, enough to impress a Burmese Mountain Dog! I also heard that she did manage to pick up at least a tiny bit of the language, or at least made a fair attempt, and I am rather proud of her for that! Learning an additional language can be tough work, and being confident enough to try and speak the few words you may have picked up is admirable.

As a very out of practice, but native speaker of Spanish, the most trouble I have with the language when I travel is getting stuck in the middle of sentences unsure of how to continue, mixing some words up (most infamously: tarejeta [card] with carta[letter]), and simply being unsure of how to express certain thoughts in the language. Actually … those sound like things anyone picking up Spanish as an additional language might run into, don’t they?

In any case, I will now share some of the knowledge I have retained in regards to the language, for the benefit of travelers who may plan to visit a Spanish speaking country, of which there are twenty-one. As I’ve been assured by Spanish-speaking acquaintances hoping to convince me to take up writing in Spanish upon knowing I dabble in the craft, it is a gorgeous, poetic language … adding an extra edge to its classification as a ‘Romance’ language, if you will pardon the pun.

So I’ve come up with a very short list, mostly daily pleasantries and some examples of phrases you may find useful. Here they are:

Adios/Chao: Goodbye, with ‘chao’ being the more casual variant that you may run across.

(Muchas) gracias!: Thank you (very much)!

No, gracias: No, thank you.

¿Dónde/Cuando/Qué vamos a comer?: Where/When/What are we going to eat? These may not be the paragon of politeness, but… well I’m definitely always concerned with the placement and timing of meals, and speak a little like a brat.

¿Dónde esta el supermercado?: Where’s the supermarket? Switching ‘el supermercado’ with ‘el banco’, ‘el baño’ or ‘el hotel’ could get you the general location of a bank, bathroom or, well, hotel too.

¡Buen viaje!: Have a good trip!

I hope this list helps! For additional aid, I’ve found this lovely online dictionary, which I used to check words so I could check my accents … I hope I got most of them.
I’d like to wrap this up with a rather faithful rendition by Youtube user DownSinceDawn of a … rather interesting and only semi-sensical Spanish rap from one of my favourite shows on television, Community.

Thanks for reading! ¡Buen viaje!