You are here: Home / All Aboard! / Vancouver Theatre: Ensemble Theatre Company presents The Farnsworth Invention at Jericho Arts Centre

The Farnsworth Invention opened at the Jericho Arts Centre in Vancouver on Friday, July 19th. Ensemble Theatre Company‘s production of Aaron Sorkin‘s play tells the story of the invention of television — a story that turns out to be more rich and complicated than I ever thought. The play introduces us to Philo T. Farnsworth, who was struck with the idea of transmitting images electronically when he was just twelve years old, standing in a potato farm in Idaho. The play plunges us into a world in which the idea of television was considered impossible, and even insane, while scientists all over the world raced to develop a working prototype. 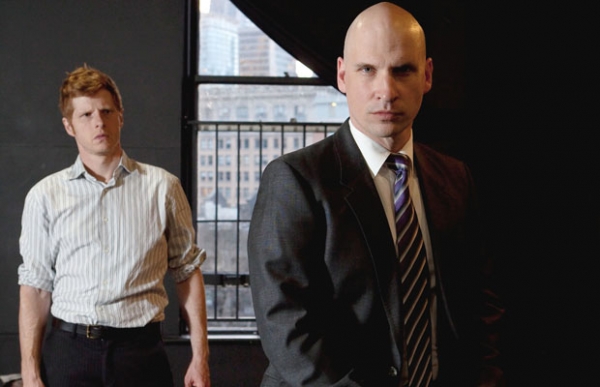 Yurij Kis and Michael Smith in the Farnsworth Invention.

The dream of television is ringed by hope, fear, greed, doubt, warring patent claims and business interests poised to pounce upon what promised to be a radical, world-changing invention — if it ever became a reality, that is. In the centre of this landscape driven by  power, politics and profit is the artless Farnsworth, whose love of electrons and glass tubes is delightful and contagious. His work made electronically transmitted images a reality. In other words, his invention changed the world so fundamentally it’s hard to imagine what we’d be without it. Which makes you wonder why Farnsworth remains such an obscure figure today (even for a scientist).

The play goes far to answer that question — showing us that getting credit for inventions isn’t as straightforward as one might think, especially when men with means and much to lose with the Farnsworth invention intercede. The play is as much of an introduction to Farnsworth as it is to David Sarnoff, leader of the Radio Corporation of America, and broadcast communications visionary. 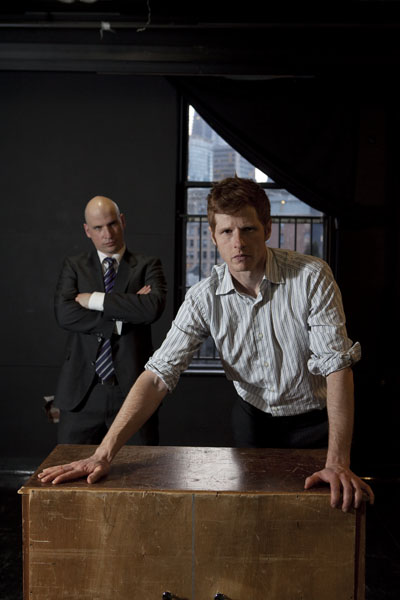 Ensemble‘s production makes us intimately acquainted with these giants of history, who address each other and the audience like old friends. The Farnsworth Invention is warm, funny and engaging throughout. The design is refreshingly simple — it keeps the story and strong script front and centre. And production really makes you feel like you’re immersed sometime in the 20’s and 30’s.