You are here: Home / All Aboard! / SeaWorld San Diego with Teens

I often write about traveling as a family with my husband and two teens, but this trip I switched things up a bit, subtracting the husband and adding 3 additional teens! My son recently turned 16 and rather than throw a tremendously expensive bash in a club, as many here have become accustomed to doing, we decided to take him, his sister and a few friends away for the weekend to enjoy a day at SeaWorld San Diego and a day in the lovely Solana Beach community.

Yes, I too thought I was a little crazy for taking this on, but I knew it would be fun and create memories of a lifetime. Through a lot of research and planning, we pulled it off, and I would do every second of it all over again!

Before heading to SeaWorld we purchased our tickets online. We did this through the SeaWorld website and by selecting the advance ticket option we saved $30 per ticket! That’s the only planning we did in terms of the theme park. For this occasion, I wanted the kids to have an unstructured day and let their own experiences unfold as they went about the park. The thrill for me was seeing all these teens revert to the 5 year old versions of themselves almost immediately with excitement! 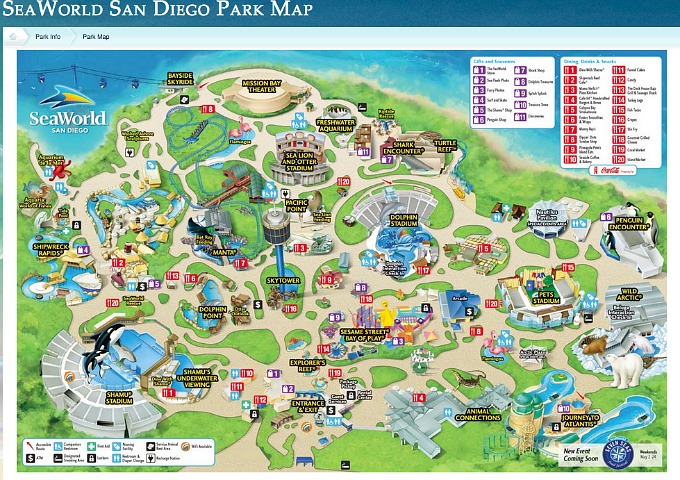 The park is very well laid out with wide walkways and we never felt overcrowded. Admittedly, with kids being in charge of the map we did walk in circles a few times!

I thought they might be more into the rides but as soon as they opened the park map it became all about the shows! It’s amazing what kids are capable of planning when you leave them the space to do it. They downloaded the SeaWorld Discover Guide App which has current wait times for rides and used it together with the map to plan out routes and what they could fit in while walking between shows.

There were so many highlights of the day, but the top three would have to be the dolphin show, the killer whale show (famously known as the Shamu Show), and a stingray encounter; all of which made it clear to me who the real celebrities are in California! The dolphins and killer whales are quite the showoffs too! 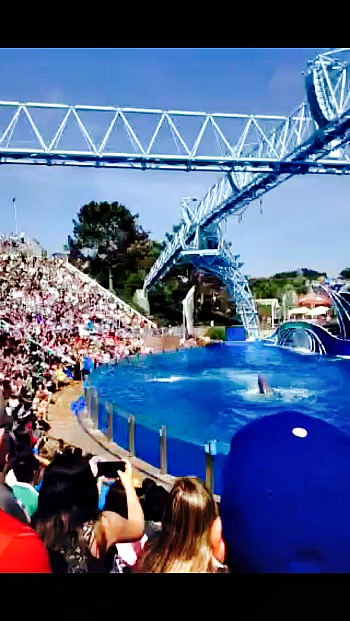 Can you spot the dolphin leaping high into the air? See what I mean about the celebrity status? Look at the crowd these guys gather!

It’s as if the dolphins and killer whales were auditioning to be a part of our Roamancing team with their naughty rascally ways.  They both had a special segment of their show dedicated specifically to splashing us! 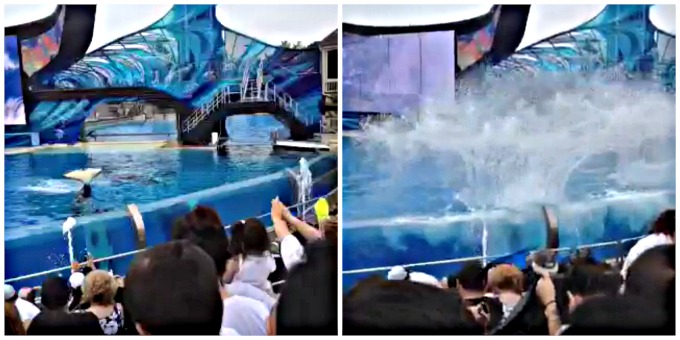 A whale of a Splash! We saw one lady use an open umbrella as a shield!

Since we have returned from SeaWorld, a lot of people have been asking me about changes to their shows after tragedies that have occurred with trainers in Orlando and the bad reputation SeaWorld sometimes has for treatment of its mammals. The biggest change I noted was that the trainers no longer got in the water with the killer whales to do their spectacular underwater and flying into the sky tricks. With both the dolphins and killer whales there were more intimate moments, slow music and all, as SeaWorld wanted to showcase the special relationships the trainers have with them.

It was the ability to have an intimate moment with a stingray that made the day of one of our traveling guests. When all the other kids wanted to go on a roller coaster I hung out with the one girl who didn’t want to ride it. There was an area with stingrays that you could interact with near the exit to the ride, so I suggested we spend our time there. She seemed brave and excited by putting her hand in the water right away, but would suspiciously just miss a ray as it went by and act disappointed. I caught on to her tactics and quickly realized that she was scared to actually touch one. I gently encouraged her and gave one a good head rub myself. 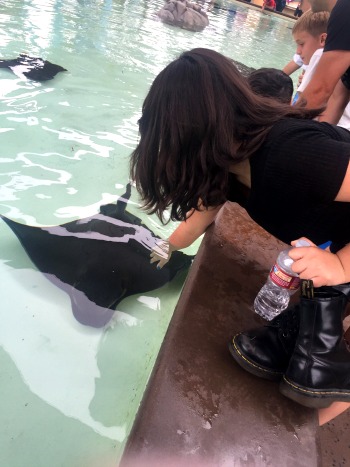 Once she got over her fear and experienced their gracefulness, she proclaimed the stingray to be her new favorite sea creature. It was hard to pull her away! She spent the rest of her afternoon in a blissful daydream mumbling now and then about whether or not it might be legal to own her own.

All in all these kids reaffirmed my faith in teens today. They were all amazingly respectful and appreciative. They were considerate of what they each wanted to do, nobody ran off and I actually felt like they didn’t mind me being around either! Hooray for their parents!

Stay tuned for our night adventures and day two, which we spent at The Winner’s Circle Resort and Solana Beach. 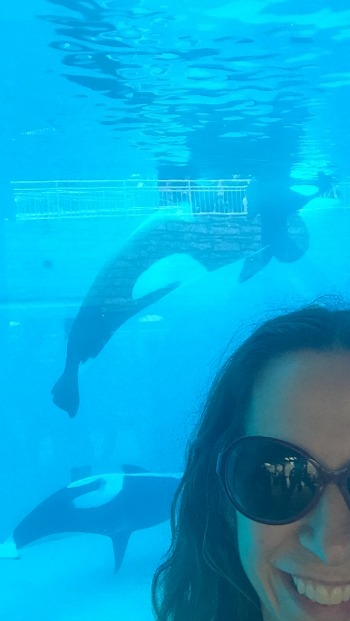