You are here: Home / All Aboard! / The 13th Annual Burnaby Blues & Roots Festival: The Day in Pixengos

Hell of a great day yesterday at the 13th Annual Burnaby Blues & Roots Festival!  Took a ton of photos and video to share the day with all of you, but given my current state of exhaustion, you, my friends, are going to have to wait for me to process all of that.

In the meantime, however, I have a teaser for all of you in the form of pixengos Erica and I shot and recorded from the day.  What is a pixengo you ask?  A photo combined with a sound file.  Simply click on the photos below, and you will get the photo with it’s sound bite from the day.

Up first … rocking the stage for too short a time … No Sinner. 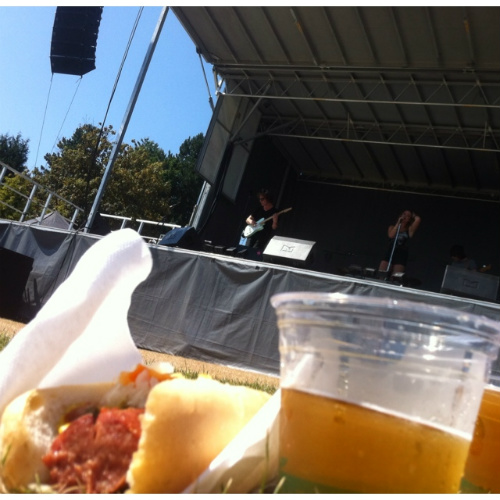 Kicking off a great day with a sausage, a beer, and the blues stylings of No Sinner.

Followed by one of our festival favourites, Canada’s only 7-piece Bluegrass Band, The Washboard Union. 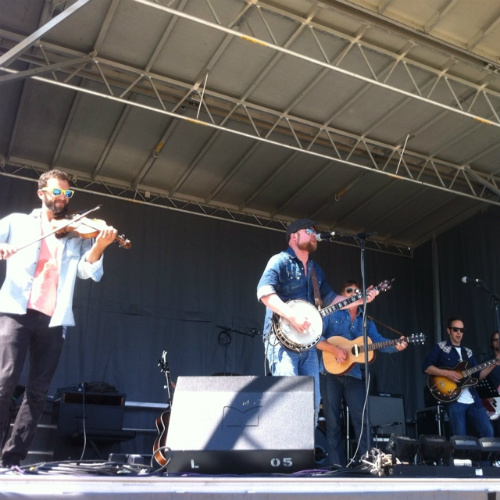 These good old boys certainly know how to play a jig … 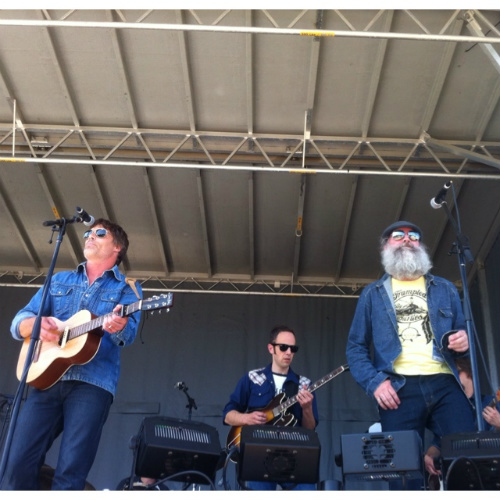 … and boy do they have style … speaking of which, does anyone know if any of these fellows are single?

Followed by the powerful voice and fearsome bass of Meshelle Ndegeocello. 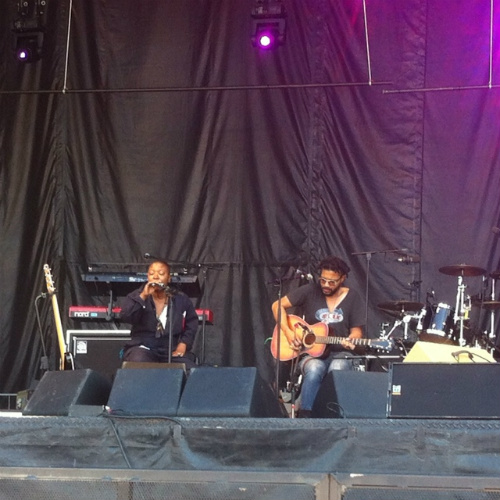 Enjoyed the music of Saskatchewan‘s Deep Dark Woods, but less than cared for a few of their self-obsessed fans. Shame as they really took away from their performance. 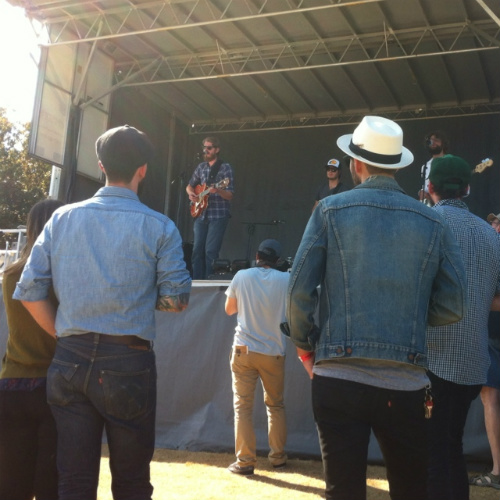 Not sure what made these self-centered hipsters so self-important that they thought they could stand directly in front of the stage and in front of everyone’s view, even though there was plenty of room to stand off to the side. Rather ruined this act. Glad to say it was the only time we saw this lot all day ~ the hipsters, not Deep Dark Woods.

Thank goodness the next act was who I’d been waiting for since I got my tickets, Amadou & Miriam.  They certainly did not disappoint, and got me out of my funk from the hipster asses 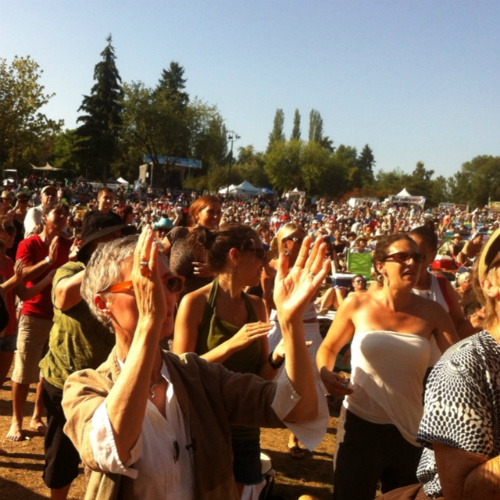 Apparently it wasn’t only me that loved Amadou & Miriam.

Now while not as much of a stomper, the beauty of the music of the next blues man, Kelly Joe Phelps, would tame the wildest beasts with his sweet lullabies. 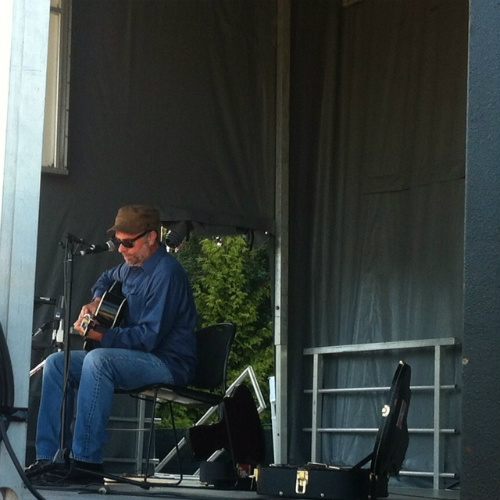 This man would lull the wildest of beasts. 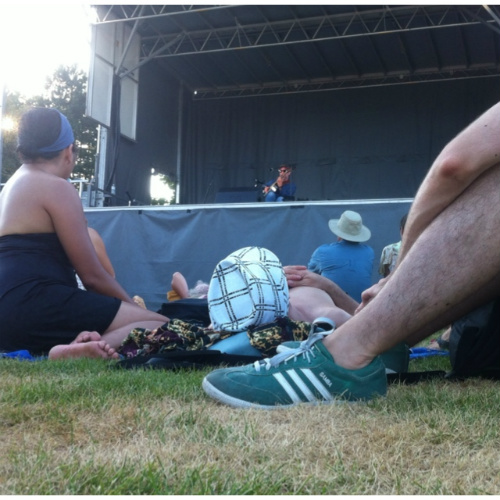 Great atmosphere, and only moments after this scene and the end of Kelly’s set, the audience was on their feet giving Kelly a standing ovation.

Up next?  None other than the sweet, jazzy blues stylings of Jimmie Vaughan! 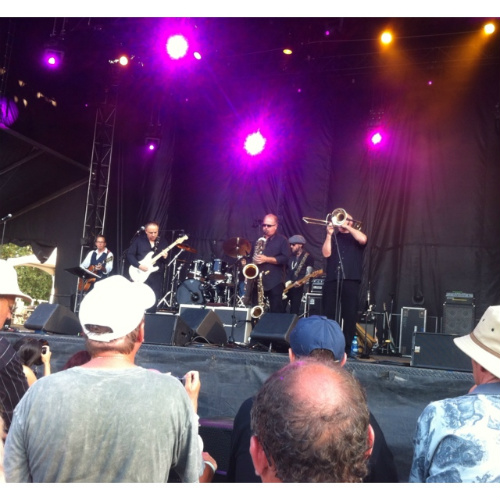 Well, really what’s there to say, other than mmm … mmm … mmm!

And what better way to end the day, than with the Indigo Girls! 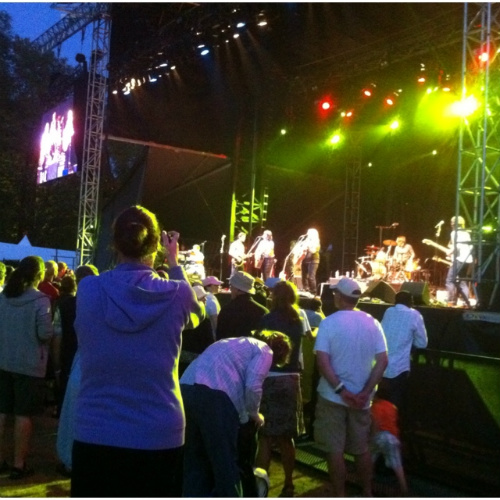 Still just as fantastic as they were 20 years ago!

Did I mention it was a Hell of a great day?!?