You are here: Home / All Aboard! / Roamancing Liechtenstein

“Why are you going to Liechtenstein? There’s nothing there!”

That was the response my family got when we told our relatives in Zurich we were going to Liechtenstein for a day. We were only in Switzerland for a few days, and after exploring the Swiss countryside my sister had the idea to go to the nearby principality of Liechtenstein, a small country between Switzerland and Austria. Her reasoning: How many people can say they’ve been to Liechtenstein? I had hardly known the country existed before this trip, so a visit was a pretty interesting idea. 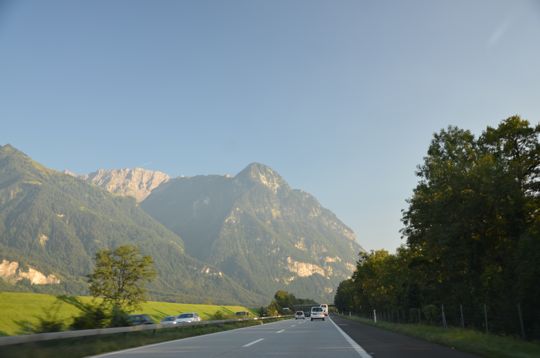 So, armed with a rental car and a GPS (key), we set off the next morning for Liechtenstein. We headed for Vaduz, the capital and main town of Liechtenstein. The beauty of Europe meant it only took a couple hours to reach another country, and we were in Vaduz by lunchtime. We strolled down the main street of the town which, at just seventeen square miles, didn’t take long. Stopping for lunch, we took the opportunity to try a Liechtenstein beer, Brauhaus and to people watch. 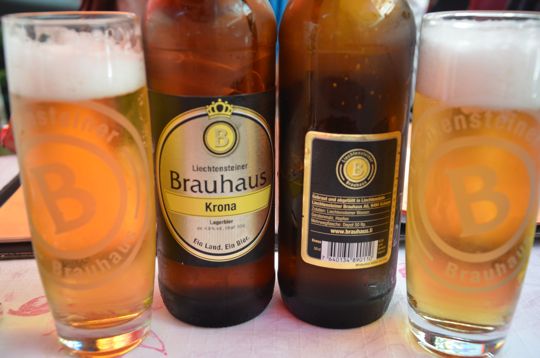 The day before, our relatives had tried to discourage our visit because, “there’s nothing in Liechtenstein.” Sitting on the restaurant patio, we did not find this to be the case. As we ate, we noticed a number of football (soccer) fans in blue and white roaming up and down the street. Upon inquiry, our waitress informed us there was a big Bosnia-Liechtenstein football match that day in Vaduz, and it was common for Bosnian supporters to visit for away games. Fans walked up and down the street, cheering, singing, and drumming. By the end of our lunch, the number of fans seemed to have doubled. This was certainly not the quiet, boring Liechtenstein our relatives had warned us against! 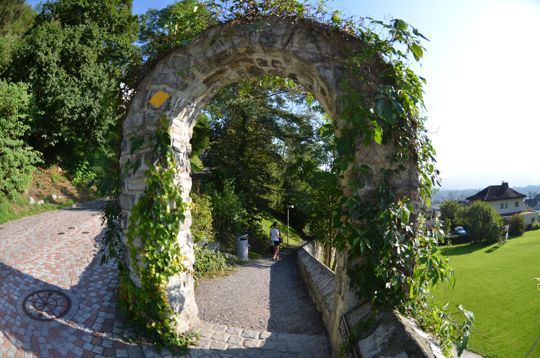 Walking up to Vaduz Castle

After lunch, we headed to Vaduz Castle, the castle overlooking the town of Vaduz. Though we were unsure of the route, we followed a path on a map, passing by beautiful large houses and vineyards. As long as we were going up, we reasoned, we must be on the right path. Partway up the hike, we spotted a viewpoint overlooking the town. Even from up there, we could still hear the shouts and songs of the Bosnian football fans! 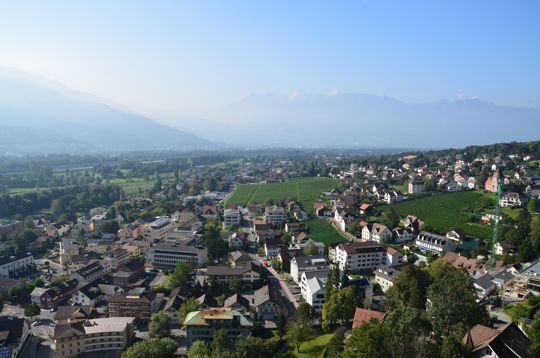 Hot and sweaty from the hike, we made it to the top of the hill and Vaduz Castle. Unfortunately, we couldn’t go in as the castle remains home to the Prince of Liechtenstein, but we were able to admire it from afar. Apart from a few other tourists, it was quiet and still around the castle – quite the departure from the noisy streets of Vaduz! 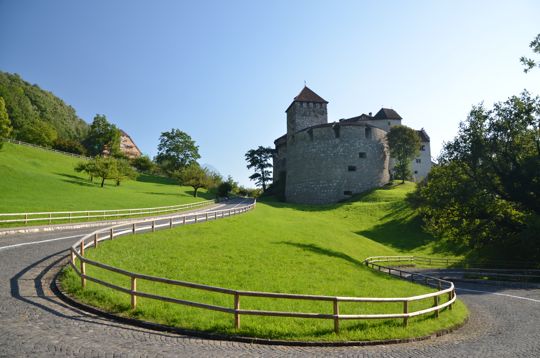 Back in town, we found the Bosnian football fans had congregated into one crowd. We had mistakenly thought earlier that all the fans were in Vaduz to attend the game, but learned that many were unable to attain tickets and were just there to show their support and enjoy themselves. We inadvertently joined the crowd, and a few fans even adorned us with team scarves and asked to take a photo with us. Despite the language barrier and my utter lack of sports knowledge, the excitement in the crowd was infectious and I couldn’t help but grin at the rowdy, singing, loyal fans. 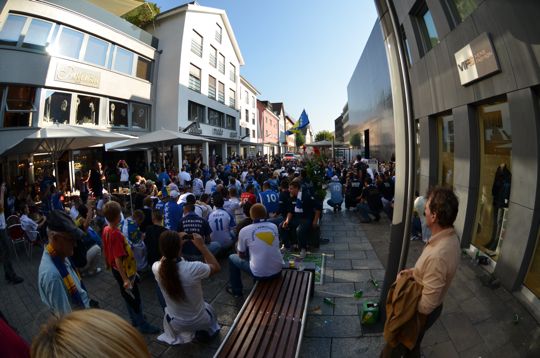 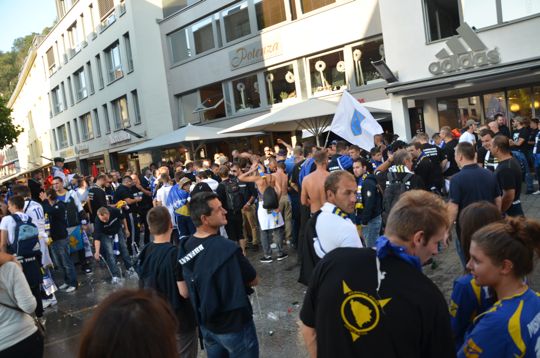 We left not long after, as we needed to be back in Zurich that evening. We read later in the news that the Bosnian team had won the match 8-1, and we imagined the Bosnian fans must have been so happy. I knew the cheers and songs would go on late in Vaduz that night. It just goes to show that even in the quietest, sleepiest towns, there is always something to be found. We couldn’t wait to regale our relatives with stories the next day! 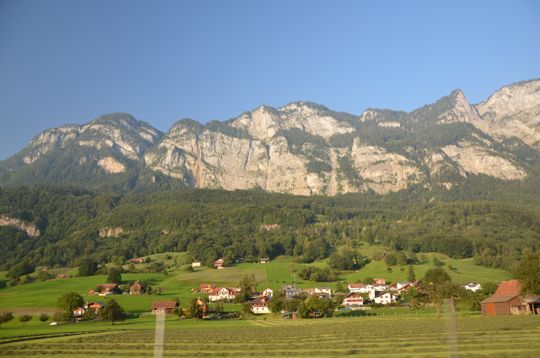 On the drive back to Zurich