You are here: Home / Archives for Around the World / Europe 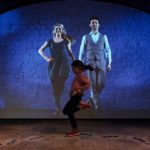 If you would know Ireland, you must read its poems and stories.W.B. Yeats The stories that Dublin shares of its past are part of what makes this city so rich in history and art, and help to shape its future. Read on below as Jacqueline Swartz continues her adventures in Ireland, exploring the stories of history and art in Dublin. Then it was on to Dublin. I had been … END_OF_DOCUMENT_TOKEN_TO_BE_REPLACED 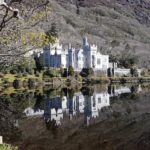 Connemara is a savage beauty ... wild mountainous country ... magnificent in every way.Oscar Wilde Connemara Ireland Castles While Oscar Wilde spoke of Connemara, Ireland's natural splendours, Connemara, Ireland's castles could similarly be describe as savage beauty, wild and magnificent in every way. Connemara is home to many such castles, a few of which can be found … END_OF_DOCUMENT_TOKEN_TO_BE_REPLACED 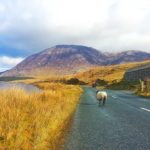 With its mystical landscapes, heartbreaking history, poetry and music, Ireland has a way of getting to you.                        ~ Jacqueline Swartz Ireland Sings to the Soul Ireland’s impact comes from more than what you see or do – it’s how … END_OF_DOCUMENT_TOKEN_TO_BE_REPLACED 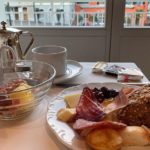 One of my favourite indulgences in Switzerland is the Swiss breakfast. I dream about these and get excited to discover the breakfast spread in each new hotel or lodging that I stay at. After seeing my friend Kelly recently getting even more excited than me, I decided to write about this great pleasure in my life. For me, my typical Swiss breakfast involves Bircher … END_OF_DOCUMENT_TOKEN_TO_BE_REPLACED