You are here: Home / Around the World / Africa / On Travelling Alone

People always advise young girls from travelling alone. Though their concern is usually for safety reasons, I’ve always avoided travelling alone because I thought I would get lonely. After all, aren’t the beautiful places in the world better enjoyed with the people you love? Then, last summer, a last-minute trip to Europe for a family wedding meant I ended up making plans to travel alone for the first time. And lo and behold, I loved it.

I had journeyed alone to other countries before, but this was different. Other times, I had met up with friends or stayed with people I knew. This time, I was travelling to Budapest, Vienna, and Salzburg before meeting up with family in Zurich, which meant for the two weeks before Switzerland, I was truly alone.

I wasn’t nervous for my safety, but I was prepared for not having a travel companion. I packed several books and a travel journal, expecting to have a lot of time to myself. Instead, to my utter surprise, the exact opposite happened. I was so busy making new friends and going out that I couldn’t steal a moment to myself! 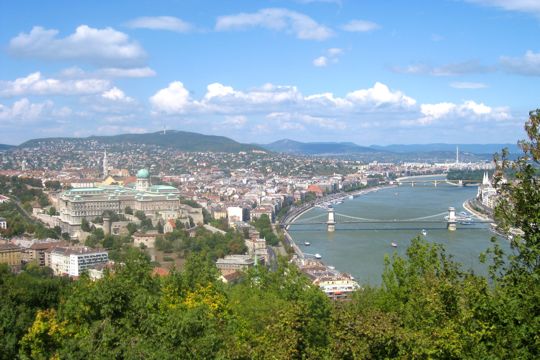 The small hostel I stayed at in Budapest was prime for meeting other travellers. Every day I was heading out with other travellers – English, Australian, British, and Finnish, to name a few – to sightsee and drink in the evenings. I even travelled to Austria with the Australian and met up with the Brazilians in Vienna. Meeting other people, finding things to do, and making new friends were so much easier than I had anticipated. Safe to say, I didn’t crack a single one of my books on the trip.

More recently, I took a trip to South Africa. Since I was there for a wedding, for the first half of the trip I was in a large group made up of all the Canadian guests. Afterwards, my boyfriend and I went off on our own road trip. While I enjoyed myself and had a fabulous time, it really highlighted all the things I loved about travelling by myself. The excitement of being by myself, exchanging stories with other travellers I had just met, and pretty much doing whatever I wanted were all absent. There was little unpredictability and spontaneity and I missed it.

Even so, I was glad that I was never alone on this trip and that was for my safety. Before leaving, I was very aware of South Africa’s reputation for violent crime, and my friends didn’t help by worrying and advising me not to go. I’m incredibly glad I didn’t take their advice and went anyway, but I’m also glad I wasn’t alone. As much as I am a strong, independent woman and traveller, it was reassuring to always be with someone else. While I never felt threatened, and I felt very safe in large cities such as Cape Town, the extended road trip my boyfriend and I took through rural areas could have been a lot more dangerous on my own. What if the car had broken down? What if I had been stranded? What if I had been lost in an unsafe area? Having another person, especially a male, made those travels a lot safer. 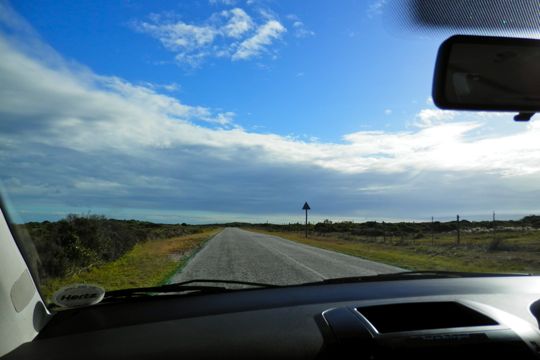 Looking back, I can conclude that my travels in South Africa didn’t change my feelings on travelling alone. I still love it, and it’s still my preferred method of travel. However, I was reminded that it is important to be smart about it, and I acknowledge that some locations are safer for solo travelling than others. If I were to visit South Africa again by myself, I would stick to the large cities and I wouldn’t take a solo road trip. But I wouldn’t be afraid to go. I look forward to travelling alone again, even though I don’t know when or where it will be, and I hope everyone out there tries travelling alone too. Even if you think it’s not for you I hope you’ll try it, even just once – you never know, it might surprise you. After all, it did for me.