You are here: Home / All Aboard! / #RoamancingSF Part III – Downtown San Francisco

After the excitement of Outside Lands, Chance and I took a day off to recover and rest up before spending the day in downtown San Francisco. We took the Caltrain from Chance’s place in San Jose into downtown San Francisco. Even though the Caltrain is just a commuter train, watching the scenery go by reminded me of all the trains I took when I lived in England and I couldn’t help but feel excited. I’ve always associated riding trains with travel and adventure, perhaps because taking trains in Canada is such a rarity. 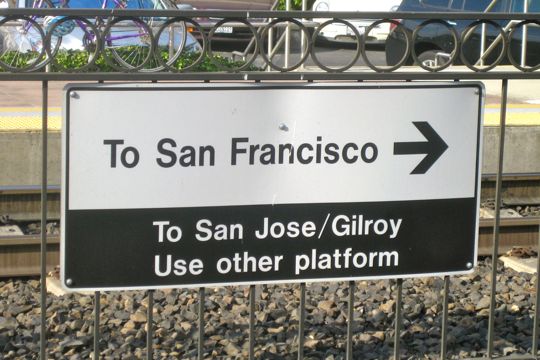 Our first stop in San Francisco was the Palace of Fine Arts. We took a wrong turn after getting off the bus, and unfortunately walked up a typical San Francisco hill. Luckily, the Palace’s distinctive look meant we were able to spot it from the top of the hill and we were able to find our way there. The Palace of Fine Arts houses the Exploratorium museum, but I was more interested in walking around the lagoon and admiring the architecture. 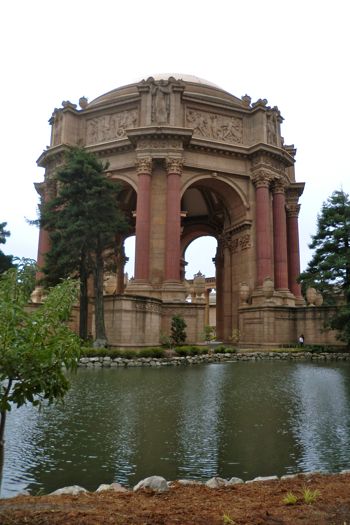 At the Palace of Fine Arts

Afterwards, we hopped onto a bus to visit San Francisco’s most iconic attraction: the Golden Gate Bridge. Unfortunately, when we reached it, the weather was so foggy we couldn’t see a single thing! All visions of sunny, Full House-esque shots of the bridge disappeared from my mind. We took a walk along the bridge until we could get somewhat of a view, but it was so cold and windy we quickly turned back. From what most locals told me, I gathered that the view I had of the Golden Gate was the more common one. 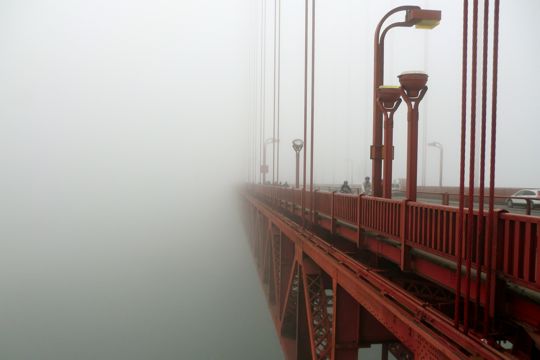 When we’d had enough of the fog and cold, we took a bus to check out Fisherman’s Wharf. While less foggy, it was still cold so we stopped by Sally’s Famous Fishwich where I got a clam chowder bowl to warm up. We also got a couple other San Francisco specialties, garlic fries and Anchor Steam, a locally brewed beer by Anchor Brewing. A bite of the garlic-topped fries followed with Anchor Steam beer created a fiery combination – not for the faint of heart. 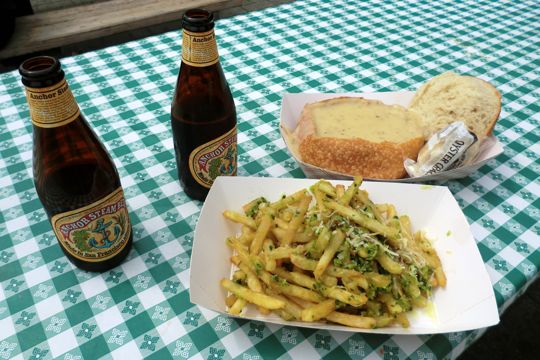 With our bellies a little fuller, we headed over to Pier 43½ to Red and White Fleet for a cruise around the San Francisco Bay. We took the Golden Gate Bay Cruise that took us under the Golden Gate Bridge and around Alcatraz. As luck would have it, the fog cleared up as we left the dock, meaning we had some lovely views of the city out on the water. As well, I was finally able to see the Golden Gate as we sailed under. We circled around Alcatraz Island on our way back to shore where I learned from the audioguide that an entire generation of children, whose parents worked at the prison, had grown up on the island. It must have been so strange, I thought, to grow up not only on an island but a prison at that. 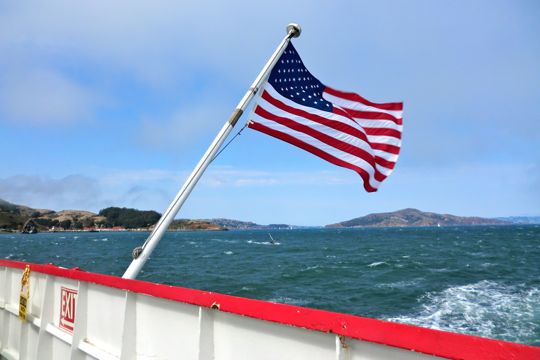 Taking a boat ride around the Bay

We finished the day off at the Musée Mécanique, just down the Wharf from Red and White. Featured in The Princess Diaries, the Musée Mécanique is a museum filled with antique arcade games. With five dollars worth of quarters, we had a blast trying out all the 25¢ games. We had our fortunes read by the “Mystic Ray” (which were uncannily accurate), got a vibrating foot massage that used no electricity and had our photos taken in a vintage photobooth. We also played air hockey, watched an animated guillotine-style execution and viewed picture slideshows of San Francisco after the 1906 earthquake. 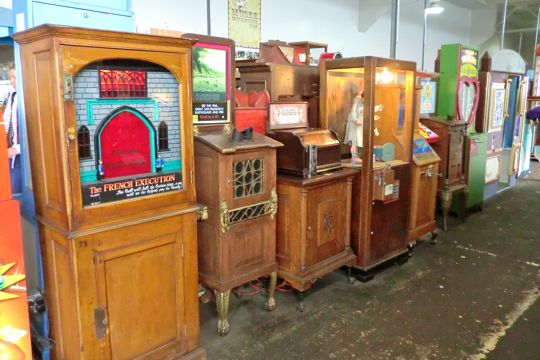 After that, it was back to San Jose and weather that was 10 degrees warmer. It’s amazing what a difference 50 miles can make!

Disclaimer: The boat cruise around the Bay was sponsored by Red and White through the San Francisco Tourism Board. However, my opinions on the cruise are my own.

This is Part III in Megan’s #RoamancingSF series. Read Part I and Part II.

Things To Do
San Francisco