You are here: Home / Around the World / Africa / Singing for Egypt

I was driving my car yesterday when I heard on CBC Radio that Morsi had been ousted as President of Egypt.  I was stunned, in a state of disbelieve and felt like bursting into tears of relief for the Egyptian people … all of which the woman in the pet store heard, as I began a monologue, spewing my sense of relief to the first person I saw. 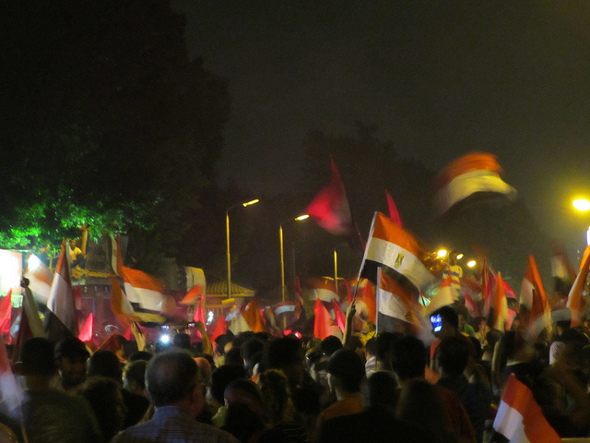 Scenes from the streets of Cairo last night (July 3, 2013), courtesy of Moravsky Vrabec.

You see I was fortunate to have spent a fair bit of time in Egypt from December 2011 – April 2012. I was with and speaking to the Egyptian people as they were working through their first democratic elections and trying to build back industries, like Tourism, after the Arab Spring.  There was a tremendous amount of hope to the country and the people wanted to talk politics. It was an exciting time to be on the ground in Egypt.

During that time we were fortunate enough to connect on a personal level with many of the people in Egypt, excited to see visitors returning to their country and excited to have someone who wanted to talk politics with them, who came from a democratic country. Through this we made a number of Egyptian friends with both locals and expats in the country. 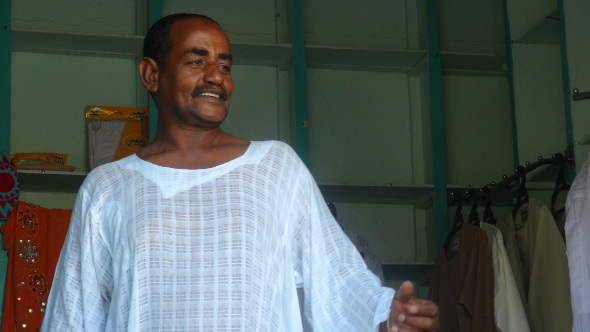 A kind shopkeeper in Al-Qusayr that was so elated to see travellers that he gave each of us a hat!

Earlier this week, I started seeing posts mentioning the threat of Civil War in Egypt. Again, my fear grew, and I started checking in that all my Egyptian friends were safe.  So to hear that Morsi was ousted yesterday and the country was on the brink of a more promising future, filled with hope once again, I was relieved and elated to tears.

To the people that are questioning this as a military coup in Egypt: I beg your pardon, but I am afraid you simply do not understand the situation and the intricacies of what has been going on in Egypt. The military was working on behalf of the Egyptian people, and this is a good thing. This is a time for Egypt to celebrate and of hope to eventually attain a truly democratic country.

And with that my friends, I sing, travelling back to a bus ride, through the desert along the Red Sea in April 2012, surrounded by Egyptian friends:

I look forward to a future filled with hope and promise for you Egypt!