You are here: Home / Our Travelers / Alex Charters / Why Harry Potter Fans Need to Visit Scotland

Before we begin, I’d like to say a few words.

And here they are: Nitwit! Blubber! Oddment! Tweak!

If that didn’t make sense to you, please leave. Only joking (I am Fred!), you are of course invited to continue reading at your own risk. Special exception made to Potterhead parents, because bless you – even if you are as confunded as these parents.

Still reading? Good. Now that we’ve lost the muggles – but really, pity those who live without Potter love, we can portkey in (they can’t all be clever okay, guys?). So besides the epic books, wonderful movies (Fantastic Beasts better not let us down! Have you read the screenplay yet?) – we have the sacred Harry Potter pilgrimages available to us die hards:

The United States has: The Wizarding World of Harry Potter Orlando and Hollywood.
England has: Warner Bros Studio Tour London, Kings Cross Station, and many other attractions in London (highly recommend). 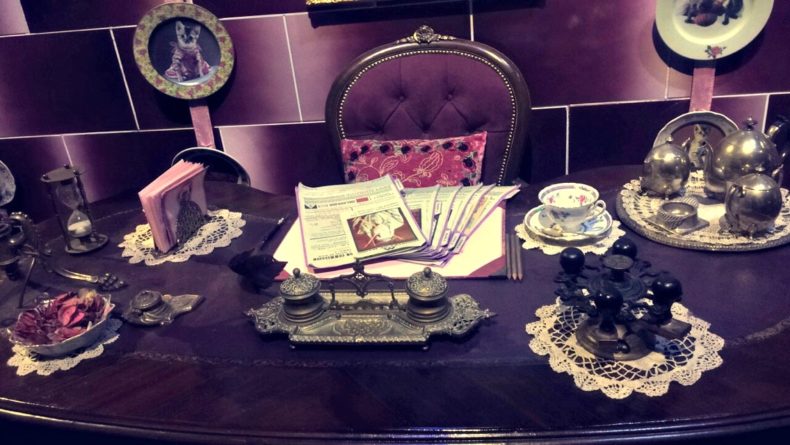 Is it true you shouted at Professor Umbridge? “Yes.” You called her a liar? “Yes.” You told her He Who Must Not Be Named is back? “Yes.” Have a biscuit, Potter.

And they are all worthy of your time and money (cause they gon’ cost you a galleon or two). But there is another magical place that many Potterheads, myself included, overlook: Scotland! 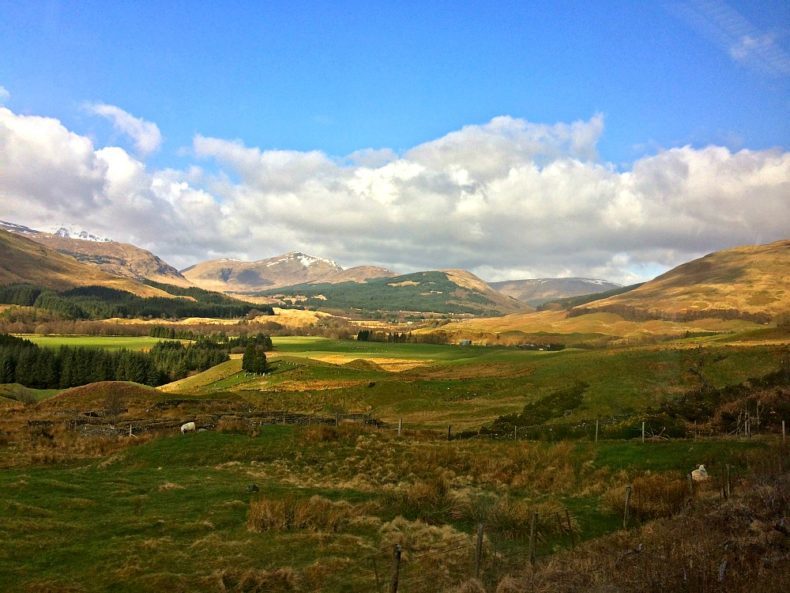 JK Rowling moved to Scotland in the 1990’s where she began writing Harry Potter and not only did she end up writing several of the HP books in Scotland, it is also where Hogwarts is actually located (because it is REAL. Fight me). There is so much to do and see in Edinburgh (and the highlands), most of which is extremely affordable!

So seeing as a large majority of us come from ‘hand-me-down robe’ families, I’ve listed all the wonderful things you can do in Scotland by order of price. 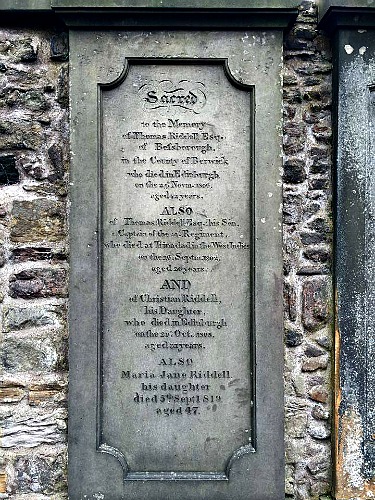 This is the grave of 19th century Thomas Riddell who JK has said may have subconsciously been the inspiration for our boy Voldy, as she use to take walks through the area. Many HP fans have visited the grave over the years and were previously leaving notes and flowers (really? for Voldy?), but this was stopped out of respect for the family of Tom Riddell. So feel free to snap some pics, but don’t leave anything behind!

Bonus: There is also a William McGonagall in the grave site. He is said to be one of the world’s worst poets (you can actually google world’s worst poet and he comes up), but apparently he gave zero shites about anyone’s opinion and wrote a large collection of poetry. Which just goes to show to never let the muggles get you down! 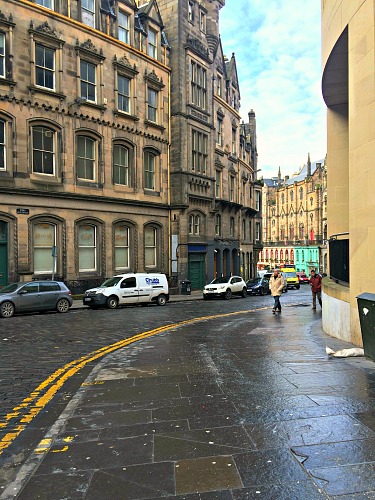 The top of Victoria Street.

This is the luxury hotel that JK stayed in while she finished writing Harry Potter and the Deathly Hallows. It’s a beautiful building with stunning architecture, if you want to stare in wonder or take a peak inside!

Just around the corner from Greyfriar’s is one of the inspirations for one of the most enchanting wizarding streets in the world: Diagon Alley (DIAGONALY!). 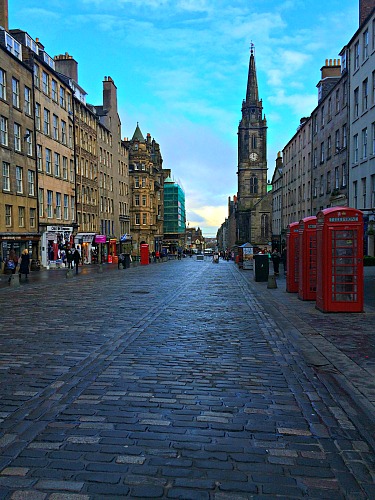 The 350 year old turreted building was established in 1628 as a hospital and later made into a school. The building was created with a mixture of Gothic, Neo-Classical, and English architecture, and showcases four towers (wink, wink). The school, like many British boarding schools, had meals in a great hall, dormitories, and a headmaster. Along with the incredible history and architecture of the school another interesting element is its housing system. 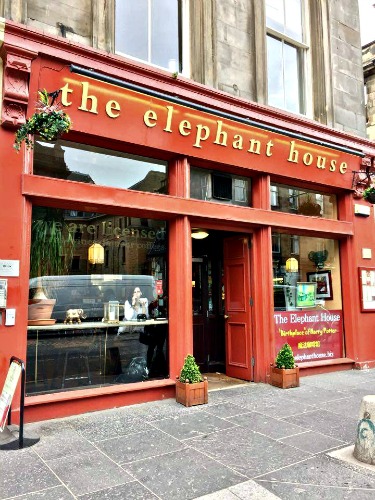 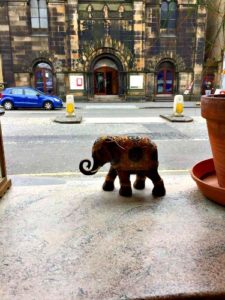 View from the cafe front window!

This is the cafe that JK wrote the Philosopher Stone in! The cafe itself is adorable (with tons of yummy Scottish food – haggis is DELICIOUS) and has a cute elephant theme all over the cafe. There’s a framed picture of JK in the cafe and quotes from her, as well as different news articles on everything Harry Potter and Elephant House / Edinburgh related!

But the best part of the cafe by far is the bathroom. Totally unassuming on the outside, but on the inside (*spoiler alert*) the walls are covered in messages and quotes from fans all over the world. When you walk in, trust me when I say you might literally cry from overwhelming Harry Potter feelings. It’s just so warm and magical, you get all Moaning Myrtle. Lucky for you, I have prepared you for this auspicious moment and you wont have to die in a toilet like poor old Myrtle.

“Oh well… I’d just been thinking, if you had died, you’d have been welcome to share my toilet.”

There are free walking tours in the Edinburgh that will take you around to all these places and tell you about the history of the city. When the tour is over remember to ask yourself, what would eleven year old Harry tip? 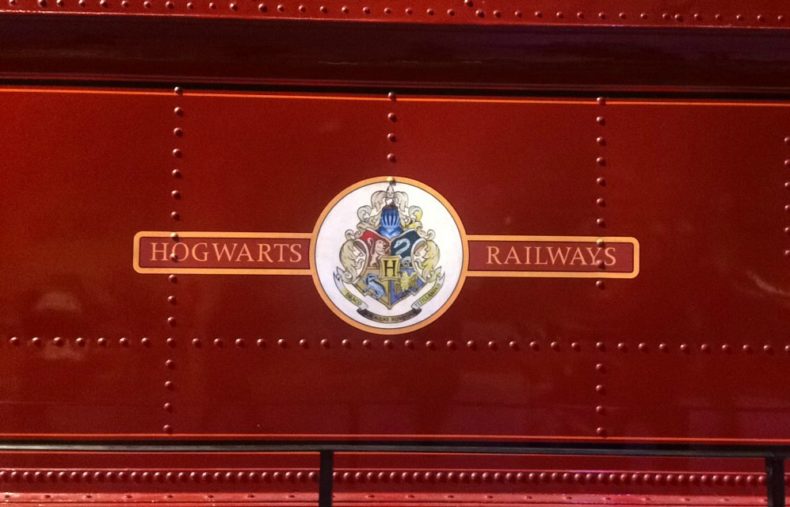 You can buy tickets to go on one of the most enchanting trains IN THE WORLD! And that’s not just my opinion, the Scottish Highlands have been voted some of the most scenic train rides in the world. It’s here where you will see the iconic Glenfinnan viaduct.

I was lucky enough to enjoy this scenic view with a group of guys from the British army – if only my girl Romilda had given me some chocolates to share. 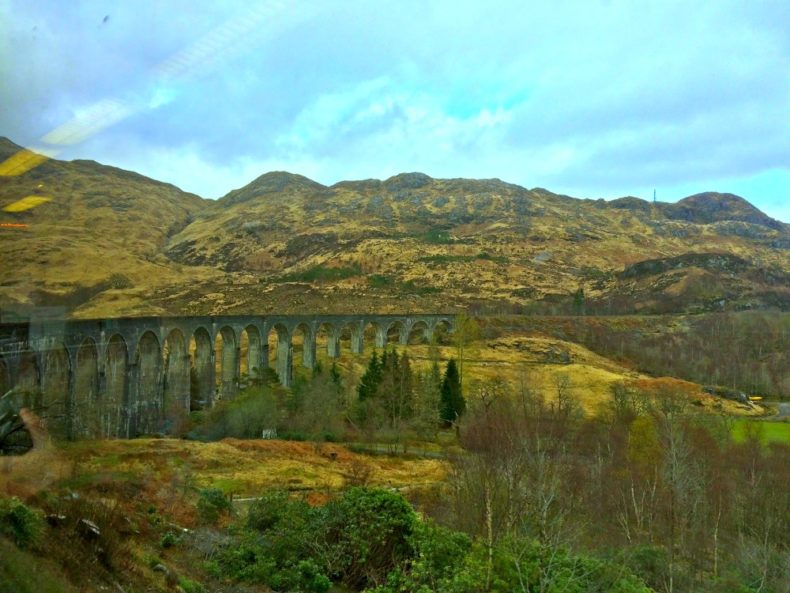 Your sons flew that enchanted car of yours to Surrey and back last night.
Arthur Weasley: Did you really? How did it go? 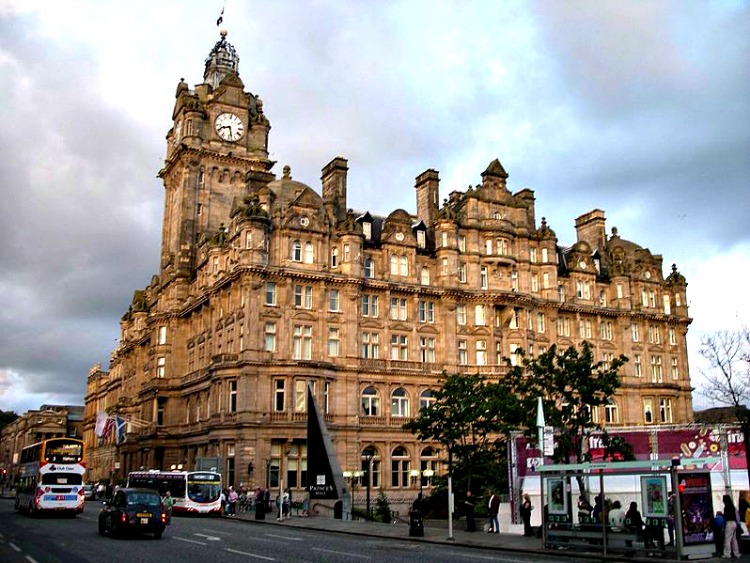 At one of the plushest hotels in town, for a wee $2,000 dollars you can stay in the room JK finished writing HP in. The room has been kept in the same condition (we’re assuming they just mean the style…) from when JK stayed there. Upon completing the series JK also signed a bust, which has since been placed in a glass case in the room.

So if you find yourself in Edinburgh I hope you have as magical and enchanting time as I did.